Fish or Fish Oil Tablets? That is the Question

Which is Best to Guard Against Heart Disease?

In the food world, fish is a nutritional superstar. Fish and other seafood are high in protein, low in saturated fat and rich in vitamin D and selenium.

Although all types of fish contain some amount of omega-3s, fatty fish such as salmon, trout, anchovies, sardines and herring contain the most.

“Omega-3s play an important role in cardiac health,” explains Evan Appelbaum, MD, a cardiologist in the Noninvasive Cardiac Imaging and Testing Section in Beth Israel Deaconess Medical Center’s Division of Cardiovascular Medicine, who sees patients both in Boston and at Beth Israel Deaconess HealthCare-Chestnut Hill. “These essential fatty acids serve as a first step in regulating many key cardiac functions, including providing anti-inflammatory and anti-arrhythmic properties.”

Unlike other necessary fatty acids, which the human body can manufacture on its own, omega-3 fats must come from external sources. Aside from fish, foods that are high in omega-3s include vegetable oils, nuts, flax seeds and leafy vegetables. Omega-3 fatty acids are the cornerstone of the Mediterranean Diet and can help reduce high triglyceride levels.

A Dose of Fish?

Over the years, many studies have examined whether consuming omega-3 fatty acids from fish can actually protect against the development of heart disease. Most recently, researchers examined data from 19 smaller studies involving a total of 45,000 participants.

Published in JAMA Internal Medicine, this study was the largest of its kind to measure actual levels of omega-3 fatty acids in people’s blood. (Other research has relied on questionnaires from participants regarding their fish consumption.) The findings confirmed that people with the highest blood levels of omega-3 fatty acids had a 25 percent decreased risk of having a fatal heart attack compared with those who had lower levels.

Leading organizations, including the American Heart Association, recommend that everyone eat two 8-oz. servings of seafood each week. But it turns out that roughly half of Americans eat fish only occasionally or not at all.

Instead, many people appear to be substituting supplements for seafood. According to the National Center for Complementary and Integrative Health, fish oil is the most popular natural product in America among U.S. adults.

Are fish oil tablets a reliable replacement for the real thing? At this point, the research suggests they are not. According to a report in JAMA, more than two dozen clinical studies published between 2005 and 2012 failed to show any cardiovascular protection from fish oil tablets for high-risk cardiac patients.

“It may be that omega-3s do not act on their own,” says Dr. Appelbaum. “Other fats present in fish may be helping to activate processes that are needed for the body to properly absorb EPA and DHA.”

There is, however, an exception.

In a study published this summer in Circulation, researchers reported that large doses of fish oil supplements taken for six months helped patients who had recently had a heart attack.

It’s important to note that the 46-milligram dosages used in the study were much higher than the average supplement or serving of fish — a 3-oz. serving of salmon contains about one milligram of omega-3s. 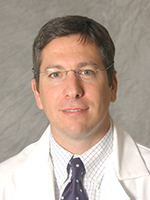 “By using sophisticated imaging techniques, including cardiac MRI, we were able to actually see how the heart was changing in the days and weeks following a heart attack,” says Dr. Appelbaum (right), who was a co-author of the study. “One of the key observations was that the heart attack patients who had the highest blood levels of omega-3 fats showed the greatest healing.”

In addition, he explains, blood samples from the study participants showed that the individuals taking the omega-3 supplements had lower levels of inflammatory markers, suggesting that the fish oil tablets may also reduce inflammation.

“We will have to conduct further research, but these findings suggest there may be a beneficial role for supplements following a heart attack,” adds Dr. Appelbaum. “In the meantime, we recommend that most people eat more fish."