New Heart Study is Nothing to Yawn At

When Sleep is Too Little, Too Much or Too Late

A new study has found that not only is the restorative nature of sleep beneficial for the heart, but also an “early to bed, early to rise” pattern makes it less likely for an individual to engage in three habits that are cardiovascular risk factors:

Given that these habits have been statistically associated with 40 percent of cardiovascular fatalities in the United States and the United Kingdom, the importance of the right amount of sleep — and at optimal times — quickly becomes apparent. 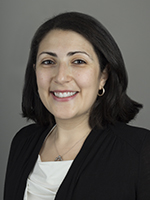 “Studies show that poor sleep habits can increase the risk of heart disease,” says Marwa Sabe, MD (right), who treats cardiovascular disease and heart failure in the CardioVascular Institute at Beth Israel Deaconess Medical Center. “It is well known that sleep apnea is associated with increased risk of several cardiac diseases, including heart failure and arrhythmia. However, even those without sleep-disordered breathing have a risk of cardiovascular disease. Too little or too much sleep may both be detrimental to the heart.”

A Wake-Up Call for Better Sleep

The research linking certain sleep patterns to habits associated with cardiovascular problems used British data and was conducted by researchers at the University of Delaware in collaboration with the University of Pennsylvania, Drexel University and the University of Arizona College of Medicine. It defined short sleep as six hours or less, adequate sleep as seven to eight hours and long sleep as nine hours or more. Participants in the study reported on their physical activity, how much time they spent daily watching TV or using a computer, how many servings of fruits and vegetables they ate daily, and how many cigarettes they smoked in an average day.

Compared to adequate sleepers, those who had short or long sleep patterns, or went to bed late, were more likely to smoke, have a sedentary lifestyle and consume fewer fruits and vegetables. The study of an enormous database of 439,933 people showed an association between sleep and cardiovascular risk factors, but did not nail down the exact cause of the association.

Another study published in the American Heart Association journal Arteriosclerosis, Thrombosis and Vascular Biology confirms the importance of adequate sleep for heart health. More than 47,000 young adult and middle-aged participants filled out a questionnaire on their sleep habits and underwent tests to detect arterial stiffness and the presence of calcium in coronary arteries indicating early coronary artery lesions. Arterial stiffness , or hardening of the arteries, is considered associated with coronary artery disease, while calcification in the coronary arteries is an early sign of coronary heart disease.

Understanding the importance of a good’s night sleep for a healthy heart is only part of the equation, according to Dr. Sabe.

“Actually getting that sleep can be a whole other issue for those who find it a challenge to nod off each night,” she says.

In addition to lowering your risk for heart disease, adopting healthy sleep patterns can help improve your overall physical and mental well-being. According to the National Heart, Lung and Blood Institute , a good night’s sleep helps the brain form new pathways and enhances learning skills. It also helps the body maintain a healthy balance of hormones—including insulin, which can decrease the risk of diabetes — and keeps the immune system functioning at optimal levels.

So the next time your head hits the pillow, remember that the right amount of sleep at the right time will help make the dream of cardiovascular health a reality.