A Heart Menace that Lurks in the Grass

What You Need to Know about Lyme Carditis

Lyme disease is caused by a spiral-shaped bacterium called Borrelia burgdorferi. It is transmitted to humans by the bite of tiny, infected blacklegged ticks, commonly known as deer ticks.

Given that in the United States Lyme disease is the most commonly reported vector-borne illness — an infection transmitted by a living organism — it’s not surprising that many people are now aware of its early flu-like symptoms and the potential for joint and neurological issues when left untreated.

Not as well-known is a much less common and potentially deadly complication of Lyme disease involving the heart: Lyme carditis.

“Of all the different non-skin manifestations of Lyme disease, I would say it’s the least common,” acknowledges Jonathan A. Edlow, MD (right), an emergency physician at Beth Israel Deaconess Medical Center (BIDMC) and author of Bull’s Eye: Unraveling the Medical Mystery of Lyme Disease. “It usually occurs in younger men for reasons that are not clear, and it usually presents with heart block.”

Heart block occurs when Borrelia burgdorferi bacteria enter heart tissue and interfere with normal electrical signals that coordinate the beating of the heart. There are three degrees of heart block : first degree may not have any symptoms; second degree may result in skipped heartbeats; and third degree reduces the amount of blood pumped through the body. Third-degree heart block can be fatal and requires prompt treatment. 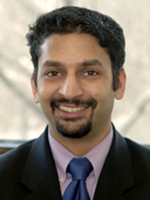 According to Cardiac Manifestations of Tick Disease , an article written by Duane S. Pinto, MD, MPH (right), a cardiovascular disease specialist at BIDMC, about four to 10 percent of people with untreated Lyme disease will develop carditis. It usually occurs in June through December, and within four days to seven months after a tick bite.

Symptoms of Lyme carditis include light-headedness, fainting, shortness of breath, heart palpitations and chest pain. Complicating the issue is that someone suffering from Lyme carditis may not even realize that they have Lyme disease in the first place.

Such was the case in three instances of sudden death associated with Lyme carditis between November 2012 and July 2013. The two men and one woman, ranging in age from 26 to 38 years, lived in the high-incidence Lyme disease states of Massachusetts, New York and Connecticut.

The first two patients were organ donors, which led to the discovery of Lyme carditis by pathologists at a tissue bank. The third patient’s heart tissue was evaluated for suspected viral myocarditis, during which Lyme carditis was confirmed.

Despite these known fatalities from untreated Lyme carditis, the outlook for recovering from this condition is generally excellent and symptoms typically resolve with one to six weeks after the start of antibiotic therapy. Patients with second- or third-degree heart block may require a temporary pacemaker and hospitalization.

Lyme carditis symptoms typically show up in conjunction with the common early Lyme disease symptoms of fever, chills, headache, fatigue, muscle and joint aches, swollen lymph nodes and a bull’s eye-like skin rash that starts at the site of the bite.

According to Dr. Pinto, a Lyme carditis diagnosis is usually made by confirming the clinical features of Lyme disease in the presence of cardiac findings such as electrocardiographic abnormalities, chest pain, congestive heart failure, palpations and fainting episodes.

Dr. Edlow says patients who are symptomatic with Lyme carditis typically have a higher degree of heart block and are initially treated with intravenous antibiotics before switching to oral antibiotics, which is the standard treatment for Lyme disease.

Lyme Disease on the Rise

Although about 30,000 new cases of Lyme disease are reported each year, the Centers for Disease Control and Prevention say the actual number may be closer to 300,000.

New England is one of the highest risk areas and it’s important to take precautions when heading outdoors. Blacklegged ticks prefer grassy and wooded areas, so avoid walking through bushes and other vegetation whenever possible. A repellent with DEET can be used on skin or clothing, and permethrin can be used on clothing or gear.

Always check yourself for ticks if you have been outdoors. Pets can bring ticks into your home, so check them as well. If you find an attached tick, remove with a pair of fine-tip tweezers. A blacklegged tick typically needs to be attached to the skin for at least 24 hours to transmit Lyme disease. Be sure to see your healthcare provider if you develop any symptoms such as fever or a bull’s eye rash.

With the proper preventive measures, it’s possible to enjoy the great outdoors this summer while protecting your heart and overall health.