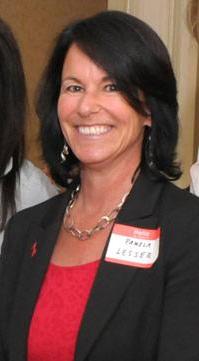 Pamela Lesser, a 47-year-old mother of three living in the suburbs of Boston, was slender, energetic and in great shape. She frequently enjoyed aerobics, power yoga classes and long-distance bike rides, with no pre-existing health issues at all. Then one day, while doing a handstand during a fitness class, Lesser felt “something happen” inside her chest.

Struggling to catch her breath, she left the class and drove home to rest, to no avail.

“At first, I felt like I had a collapsed lung. My heart was pounding with rapid heartbeats that rocked my body and would not slow down,” remembers Lesser.

Feeling light-headed and very concerned, she drove to her doctor’s office, where her heart beat was clocked at 230 beats a minute, far higher than the average of 60 to 80 beats per minute.

Lesser’s physician called 911, and during the ambulance trip, paramedics tried to slow her heartbeat. After IVs did little to help, they tried defibrillation (an electric shock to the heart), which finally jolted the heart into a slower rhythm. At the local emergency room, where her condition was further stabilized, doctors recognized the seriousness of her condition. She was transferred to the CardioVascular Institute (CVI) at Beth Israel Deaconess Medical Center (BIDMC), where Mark E. Josephson, MD, Chief of Cardiology and an internationally known cardiac electrophysiologist, diagnosed ventricular tachycardia.

What is Ventricular Tachycardia?

Ventricular tachycardia (VT) is a potentially lethal condition that originates in the lower ventricles (pumping chambers) of the heart and is characterized by an abnormally fast heart rate. It is typically diagnosed when patients present with a pulse rate of more than 100 beats per minute, along with a least three irregular heartbeats in a row, for a sustained period of more than 30 seconds. Symptoms of VT can include discomfort in the chest, fainting or loss of consciousness, pale skin, light-headedness or dizziness, a sensation of feeling heart beats, and possible shortness of breath. In some cases of VT, however, a patient may not experience any symptoms at all. 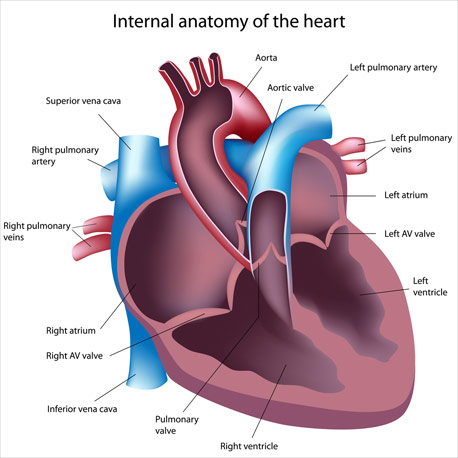 During sustained VT, the ventricles are unable to fill with enough blood to keep the heart pumping at a normal rate. In contrast to atrial fibrillation, a heart condition that also affects the electrical wiring of the heart, the irregular heartbeat of VT does not automatically self-correct. This can prove fatal if left untreated, so it is vital to seek emergency medical treatment right away to avoid further complications.

It is not uncommon for VT to occur in patients who have a history of heart arrhythmias or weakened heart muscles (cardiomyopathy). It can also occur when patients who have had heart disease have formed scar tissue that interferes with the normal electrical impulse within the heart.

VT can also develop in seemingly healthy individuals, like Lesser, through a mechanism where the electrical signal develops a twitch that sends it into overdrive. Doctors told Lesser she is something of an anomaly.

Without a history of heart disease, it was difficult to pinpoint where her VT came from and why it developed.

“There are several therapies to consider in treating ventricular tachycardia,” says Elad Anter, MD (right), a cardiac electrophysiologist at the CVI and an instructor at Harvard Medical School. “Medications can prove useful, but they only work in 60 percent of cases and can cause side-effects that damage other areas of the body, such as the thyroid, lungs, liver and kidneys. In some cases, these medications can also cause an arrhythmia.”

There are also surgical options to treat VT. Josephson had previously developed a surgical procedure called a map-guided endocardial resection, which is used to remove scar tissue left by heart attacks associated with VT — but this did not apply to Lesser’s situation. Another option is a left sympathectomy, a minimally invasive surgery that removes the left sympathic input to the heart, resulting in a reduced chance for arrhythmia.

Unfortunately, a sympathectomy only works for certain arrhythmias and also did not apply to Lesser’s case.

Some patients may opt for surgery to insert an implantable cardioverter-defibrillator (ICD), which automatically delivers shocks when needed to reset the heart’s rhythm. While an ICD can serve as a “safety net” to respond to VT, it does nothing to prevent VT episodes from occurring.

Josephson had a different plan for Lesser: a procedure called catheter ablation.

A non-surgical procedure, catheter ablation involves insertion of one or more catheters (long, thin tubes) through the groin, through the arteries, and into the heart. The surgical team attempts to trigger an arrhythmia, sometimes by administering an adrenaline injection. When the arrhythmia occurs and areas that trigger it are identified, a high-frequency, low-voltage current is delivered to burn or cauterize the area, preventing recurrence of an abnormal heart rhythm.

Depending upon the specific cause and location of VT, catheter ablation can be completed as an outpatient procedure or as one that requires hospitalization for a few days.

“Catheter ablation is a multidisciplinary approach,” explains Anter. “It addresses the connection between the heart and the brain and is an important solution to help prevent the abnormal electric circuits responsible for VT episodes.”

In a study concerning patient outcomes for those who underwent catheter ablation to treat VT, researchers found that, among the 87 patients involved, 64 percent were free of further VT episodes at the one year mark and 45 percent were free from VT at the five year mark.

In some cases, this procedure, which typically requires a two-day stay in the hospital and a week of recovery time at home, can prevent the need for other, more drastic avenues of treatment like heart transplants.

“We evaluated a 68-year-old patient for a possible heart transplant,” says Anter. “But she underwent catheter ablation and no longer needs a new heart to save her life.”

While some patients only require one catheter ablation procedure, VT has a high rate of recurrence and sometimes a repeat procedure is needed.

A Ongoing Solution for Lesser

Josephson performed two ablations on Lesser, about a year apart and in response to VT episodes.

“Pam Lesser presented an unusual case,” explains Josephson. “Although she had an apparently normal heart, she had five different VT areas in the right ventricle, which were ablated in the first session. A year later, she experienced a new VT that was mapped to the left coronary cusp in the aorta, which was successfully ablated. Since then, she has been prescribed a beta blocker to help prevent future episodes of VT and has been fine.”

“I did learn that heart troubles can happen to anyone,” she says. “The lesson here is to pay attention to your body and, when you know something’s off, address it and attend to it right away. When a condition like this occurs, a delay can cost you your life.”

VT is treatable, and in many situations curable, but the high recurrence rate and some treatment options, such as defibrillator shocks, can be difficult for patients. Support groups help patients manage and cope with the stress of their condition. Anter and others have organized a ventricle arrhythmia support group at BIDMC.

Lesser is currently back to living a normal, active life, which still includes a healthy dose of exercise. She has made a few adjustments — avoiding running and other activities that make her short of breath, and using caution on very hot days.

“I feel really good and I’m very active,” says Lesser. “I’m also grateful for the expertise of the cardiology staff at BIDMC. I credit them with saving my life.”