Common Sports Injuries: How to Protect Yourself

When it comes to sports injuries, shoulders and knees are the parts of the body most likely to be hurt, no matter whether the athletes are kids or adults.

"The most common thing we see is shoulder pain," says Dr. Joseph DeAngelis, an orthopedic surgeon in the Division of Sports Medicine and Shoulder Surgery at Beth Israel Deaconess Medical Center. "Most of what we try to do is get them back to where they were before they hurt their shoulder." 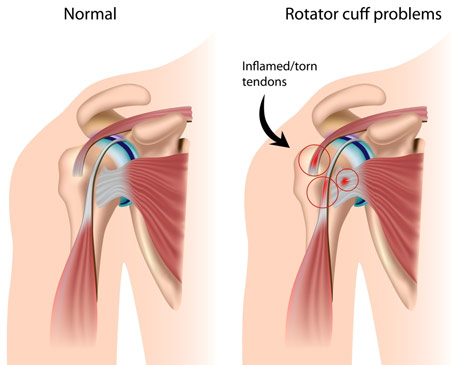 Usually, the injury involves the rotator cuff, a group of four muscles that work together to provide the shoulder joint with stability. In many cases, DeAngelis says, the problem is merely due to impingement from such factors as bad posture over many years. Such problems involve inflammation and can be easily diagnosed — an MRI isn't needed in most cases — and fixed with physical therapy, he said.

"A lot of people show up with shoulder pain," he says. "Our job is to differentiate between something that is torn and something that is out of whack. I work with patients to understand where the pain is coming from. You can figure out a lot of it by listening to the patient and performing a physical exam."

If there is a tear of a muscle or tendon, it can be repaired surgically, using minimally invasive techniques that involve tiny cameras and instruments and small incisions. The surgery is often to reattach a tendon to bone, particularly in cases involving older athletes. These kinds of degenerative injuries are common in sports such as baseball, tennis or golf.

"In six months, they are back doing what they want to do," DeAngelis says.

"Arthroscopic techniques for treating shoulder problems have really advanced," says Dr. Arun J. Ramappa, Chief of Sports Medicine and Shoulder Surgery and an orthopaedic surgeon at BIDMC. "The minimally invasive surgeries we are accustomed to performing on knees are now available for the shoulder as well."

Knee injuries often involve tears or ruptures to one of four major ligaments that connect the bones in the knee joint. The most common is the ACL, or anterior cruciate ligament .

"The injury is most common in basketball, football, soccer and skiing and occurs during a pivoting episode," Ramappa says. "Sometimes, it is due to contact when struck by an opposing player. It doesn't occur as frequently in non-pivoting sports such as running."

Sometimes, an ACL tear is accompanied by a tear in another of the four major knee ligaments, such as the MCL, or medial collateral ligament, particularly when the injury is the result of a collision.

Injuries to the meniscus, the shock-absorbing cartilage in the knee, are also common. 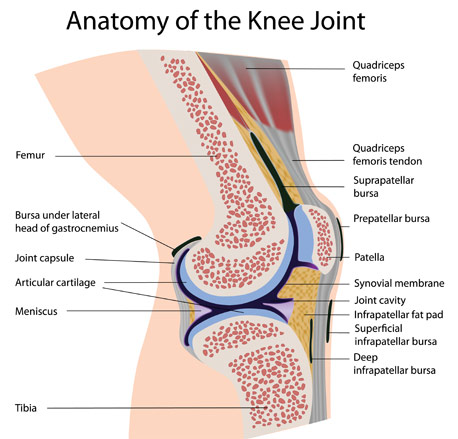 "For people who are athletic, these injuries can be quite debilitating," Ramappa says.

Surgery is usually required to repair such knee injuries. Fortunately, minimally invasive arthroscopic techniques are almost always used and athletes can be back in action in six to nine months in many cases.

"It is usually done in an outpatient setting, under general anesthesia, and the patient goes home the same day," says Ramappa. "Typically, the operation is very successful. Patients usually return to their prior level of activity."