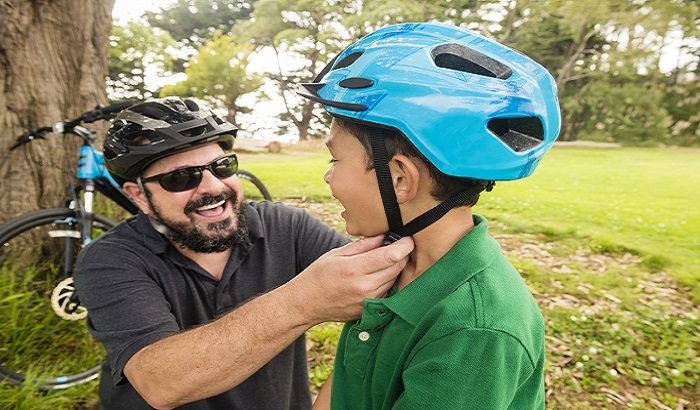 On December 10, 2015, approximately 6:30 pm, I was on my daily bicycle commute home from work. The location was Brookline Ave, headed towards Washington St. I had passed Aspinwall St. on my right, the dog park/soccer field on my right. I needed to take a left turn at River Rd. I was in the right lane. I watched traffic (over my left shoulder) in the left lane, waiting for a break in traffic. I gave a quick left turn signal and moved into an opening in the left traffic lane.

Less than two seconds later, I felt a vehicle strike my rear wheel, dragging me to the ground. I landed on my right shoulder, side, hip. The first voice I heard was the female driver of the car that struck me, “What are you doing in the middle of the road!?” While I tried to respond, what came out were gasps — it was difficult to catch my breath.

I lay on the street, feeling the pain creep into my chest and shoulder. It seemed like merely a minute until several people were huddled around me — nurses and a doctor from the area hospitals (bless them all). They very calmly called for an ambulance and called my wife.

Though the ambulance ride was bumpy and uncomfortable, the medical team on board the ambulance was professional and reassuring. Beth Israel Deaconess Medical Center (BIDMC) was a very short ride and once inside the emergency room, the staff were calm, professional, and friendly. I knew I was in good hands.

I learned the extent of my injuries in short order. Shoulder pain and shortness of breath were explained by six broken ribs, badly broken collar bone, torn labrum, bruised lung, wrist, and hip. (The hip was concerning - it was brand new as of Sept 10!). I stayed two days at BIDMC, and was out of work until March 1. I had lots of time to reflect on what happened, what I can do differently to avoid any future accidents.

I have been cycling for approximately 28 years, the last three as a city rider/commuter. The bicycle is my primary means of commuting, as I do not own a car. Riding in the city requires a great deal of attentiveness. I prepare myself for other vehicles, bicycles, and pedestrians to behave in the most unpredictable manner, but I don’t always see the same preparation in return.

I think it’s so important to educate people (cyclists, motor vehicle operators, and pedestrians) about bike safety. It can tremendously help eliminate a lot of the dangerous issues on the roads. I’m an advocate for including questions about bike safety on the drivers' licensing test, and perhaps even a refresher test whenever you have to renew your license.

As a result of my crash, I purchased a new, lime-green helmet (the helmet I was wearing cracked upon striking the pavement), a lime-green backpack (the old one had to be cut off of me) and three additional lights for the back of my bicycle. I'm going to do all I can to be visible on the road. The woman who struck me said to the police officer that she didn't see me...