A New Frontier in the Fight Against Cancer

Until recently, non-coding RNA was considered “junk” material, a wasted space for researchers to explore. But within just the past few years, that attitude is changing, and non-coding RNA is starting to be recognized as a potentially important tool in the diagnosis and treatment of many diseases. Health First recently sat down with Dr. Frank Slack, Director of the Institute for RNA Medicine at BIDMC, to learn about the potential for non-coding RNA to revolutionize healthcare.

What is non-coding RNA?

The Human Genome Project really opened our eyes to the non-coding RNA world. RNA, a close relative of its more famous cousin, DNA, was once thought to only be a messenger that carried instructions that helped our bodies make proteins. For several decades scientists had focused their efforts on understanding only a tiny portion of our genome, the 2% that codes for protein, and assumed that the remaining 98% — the “non-coding portion” — was functionless “junk,” serving no useful biological purpose. But within last 30 years, research has revealed that this assumption couldn’t be further from the truth. 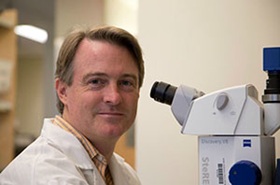 What does non-coding RNA do?

When non-coding RNA is copied from DNA, it is usually expressed in small, separate chunks that we refer to as non-coding RNAs. These non-coding RNAs are abundant and take many forms, and many of them serve to regulate the use of other genes in cells. We know that when you turn some of these non-coding RNAs off or on, or increase or decrease their abundance, you can affect human development and diseases — including cancer.

Can we control non-coding RNAs?

With what we’ve started learning about non-coding RNAs, we’ve also started to learn how to manipulate them to find new targets to control diseases. For example, if we find that certain RNAs misbehave in cells and cause cancer, we want to go in and stop these RNAs. This doesn’t mean we can cure cancer tomorrow, but the beauty of working with RNA is that once you have identified it, the non-coding RNA becomes the drug or the drug target, simplifying the whole process of drug discovery. This is a whole new class of drug just waiting to be harnessed for new medicines. We are also learning about the role that non-coding RNAs play in controlling a number of different genes in a disease pathway. This connection between non-coding RNA and disease pathways has opened up the exciting prospect of eliminating cancers in one fell swoop by simply correcting one broken pathway.

How can we bring non-coding RNA from the lab to the patient?

This field is so new that its success will rely on the collaboration of many researchers and physicians. What makes this even more exciting for us is that the outstanding scientists at BIDMC are at the forefront of making these opportunities a reality for patients. We have formed the only Institute in the world dedicated to bringing these new RNA-based discoveries to patients in house, and we benefit from working with a large and diverse patient population, unique research facilities, and BIDMC’s streamlined co-clinical trial platform. The level of cross-collaboration and cross-fertilization among the scientists and leadership here is extraordinary. There’s an incredible commitment to bringing this young science out of the labs and into everyday medicine. It’s truly an exciting time.