Most Get Enough Calcium and Vitamin D in Diet

Critical for Bone Health and Mineralization

Most Americans are getting sufficient amounts of calcium and vitamin D to promote bone health without needing to take supplements, according to a recent report by the Institute of Medicine (IOM), the arm of the National Academy of Sciences charged with advising the nation on health matters.

The report, issued in November, said calcium and vitamin D are essential to maintaining bone health, but found no evidence that vitamin D carries any other health related benefits. The IOM issued its report after reviewing nearly 1,000 existing studies and taking testimony from scientists and others.

"This has been one of the first systematic reviews of the evidence for the levels of vitamin D we should be trying to achieve in the population," said Mary L. Bouxsein, PhD, assistant professor in the Department of Orthopedic Surgery at the Harvard Medical School Center for Advanced Orthopaedic Studies at Beth Israel Deaconess Medical Center. "It says that both calcium and vitamin D are critical for skeletal health."

Both calcium and vitamin D are essential for bone mineralization. In addition, vitamin D helps in the absorption of calcium. Maintaining strong bones is critical for fighting off osteoporosis, which can result in frequent broken bones and other skeletal problems. This is important for the elderly, particularly for postmenopausal women, but also for young people, so they don't develop osteoporosis later in life, Bouxsein said.

The IOM did not change recommendations for calcium levels that have been in place since 1997. It did recommend a small increase in the dietary allowance for vitamin D, however.

For adults, the recommendations also remain at 1,000 milligrams daily for those ages 19 through 50 and for men up to 71 years and at 1,200 milligrams per day for women aged 51 and up and for both men and women ages 71 and up.

Food is the best source of calcium. Dairy products, such as cheese, milk, and yogurt are high in calcium, and some leafy green vegetables have calcium, though in smaller amounts. 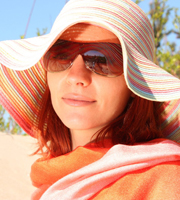 The key source of vitamin D is sunlight. This vitamin is found naturally in only a few foods, such as egg yolks and fatty fish such as salmon and sardines. However, in the United States, milk and other foods are often fortified with vitamin D.

The report said most Americans already meet the recommendations in their regular diets.

Some advocates for vitamin D were disappointed the report did not increase the recommended levels even more than it did. But Bouxsein noted the review found no evidence for claims that vitamin D can fight other illnesses such as cancer and heart disease. She said it doesn't mean vitamin D does not help against other illnesses, but that the studies done so far don't support the idea.

"It probably means we need more well-designed studies," she said.