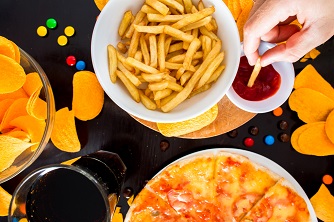 BOSTON – Understanding the motivations that drive humans to eat is an important consideration in the development of weight loss therapies. Now a study led by researchers at Beth Israel Deaconess Medical Center (BIDMC) helps explain how the diabetes and weight loss drug liraglutide acts on brain receptors to make enticing foods seems less desirable. The findings were recently presented at ENDO 2016, the annual meeting of the Endocrine Society, and will appear in the May issue of the journal Diabetologia.

“We know that everything that controls our body weight and metabolism is integrated by the brain,” said senior author Christos S. Mantzoros, MD, Director of the Human Nutrition Unit in the Division of Endocrinology, Diabetes and Metabolism at BIDMC and Professor of Medicine at Harvard Medical School. “This includes both internal stimuli such as hormones and stress, and external stimuli, such as the smell and appearance of enticing foods.”

The Mantzoros laboratory has been studying the differences in the brain activity of individuals who are overweight and individuals of normal weight when they are exposed to desirable foods. These differences are quantified through computer-based neurocognitive testing, as well as imaging tests using fMRI (functional magnetic resonance imaging) to observe alterations in the activity of specific brain areas.

In this new work, the researchers examined the glucagon-like peptide (GLP) hormone, which is secreted by the gastrointestinal tract to regulate metabolism. They also examined the drug liraglutide, which is an analog, or mimicker, of the GLP hormone.

Liraglutide prolongs the action of GLP-1 receptors (protein molecules that respond to the GLP hormone’s signal) and is known to work through the digestive tract and the pancreas. Previous animal studies had shown that GLP-1 may also act on the brain, but this had not been confirmed in humans.

“Compared with animals, humans have a much more complicated central nervous system that regulates behaviors,” explained Mantzoros. “Animals can teach us a lot about the hypothalamus and homeostatic system, which is responsible for feeding behaviors in times of starvation. But human feeding behaviors also involve the brain’s cortical regions, in particular the prefrontal areas responsible for cognitive control and decision-making. We wanted to find out if GLP-1 was acting on these brain regions in humans and, if so, specifically where and how.”

In a preliminary study, Mantzoros and a team of pathologists analyzed 22 brain tissue samples for the presence of GLP-1. The findings confirmed their presence in several areas of the brain, including in the “reward” regions and, most importantly, in the cortical regions that are responsible for higher thought.

Next, Mantzoros, first author Olivia Farr, PhD, and other lab members enrolled 21 study subjects – both men and women with diabetes – who were treated with liraglutide.

“We randomly selected half of the individuals to take liraglutide and the other half to take a placebo,” explained Mantzoros. After a period of at least three weeks of receiving no medication, the subjects then “crossed over,” so that those who originally received the medication were given a placebo and those who originally took the placebo were administered liraglutide. “This provided us the ability to see before-and-after results in the same individuals,” he explained.

Next, fMRI scans were taken when subjects were shown images of different foods, including both highly desirable cakes and fried foods and less desirable foods, such as vegetables.

The imaging results showed that liraglutide was decreasing activation in the brain’s cortex, the area that increases control and makes individuals more attentive to what they are eating. According to the authors, this suggests that individuals on liraglutide find highly desirable foods less appealing and that the medication might prove an effective weight loss therapy for people who tend to eat foods as a reward, such as when they are stressed.

“Our findings open the possibility for combination drugs for the treatment of obesity,” said Mantzoros. “This might create more powerful solutions and is something that remains to be explored. One-third of the U.S. population is obese and another one-third is overweight. This is a huge burden and increases the risk of diabetes, cardiovascular disease and many types of cancer. We need to continue to develop safe and effective therapies to combat this epidemic.”

This study was funded, in part, by the Harvard Clinical and Translational Science Center Grant from the National Center for Research Resources, an Investigator-Initiated Study grant from Novo Nordisk and training grant 5T32HD052961 from the NICHD.

Mantzoros has served on the scientific advisory board and is a shareholder of Novo Nordisk.