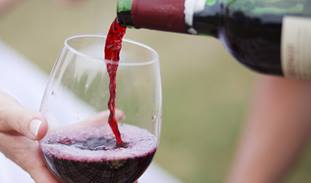 BOSTON – While the protective connection between moderate alcohol consumption and heart health has been well-studied, new research from Beth Israel Deaconess Medical Center (BIDMC) and the Harvard T. H. Chan School of Public Health suggests that the association is more complicated than is widely accepted. Researchers found that in the hour following even moderate consumption of alcohol, the risk of heart and stroke doubled.

“Most prior research has focused on the long-term risk of heart attacks and strokes associated with alcohol consumption, but the immediate risks have not been well-documented” said lead author Elizabeth Mostofsky, ScD, a post-doctoral fellow at BIDMC and an instructor at the Harvard T.H. Chan School of Public Health. “This new study highlights the fact that alcohol has complex physiological effects that result in both higher and lower cardiovascular risk depending on the amount of alcohol consumed, drinking frequency and what aspect of heart health is being measured.”

Mostofsky and colleagues analyzed data from 23 studies involving 30,000 participants to better understand the risk of heart attacks and strokes in the hours and days after drinking alcohol.

“We found that even moderate alcohol consumption – one drink a day for women and up to two drinks a day for men - may raise a person’s risk of a heart attack or stroke approximately two-fold within the hour following consumption compared to other times,” Mostofsky said. “After 24 hours, though, only heavy alcohol intake conferred a continued heightened risk. In other words, heavy drinking increases risk both in the short-term and the long-term, but drinking smaller amounts has different effects in the subsequent hours than it does in the subsequent days and weeks.”

“It’s possible that the briefly higher cardiovascular risk in the hours after drinking small amounts of alcohol may be outweighed by the longer term health benefits of regular moderate drinking,” said Mostofsky. “However, heavy alcohol use was associated with higher heart attack and stroke risks at all times studied. Six to nine drinks in a day nearly doubled the risk, and 19 to 30 drinks weekly elevated the risk by up to six times more.”

According to the 2015 Dietary Guidelines for Americans published by the U.S. Office of Disease Prevention and Health Promotion, heavy drinking is typically described for men as consuming 15 or more drinks per week and more than 8 drinks per week for women. Moderate drinking is up to one drink per day for women and up to two drinks per day for men. A drink is one 12-ounce beer, four ounces of wine, one and a half ounces of 80-proof spirits or one ounce of 100-proof spirits.

“These results support the American Health Association recommendation that says if you don’t drink, don’t start in hopes of helping your heart health. There are plenty of other ways to do that,” said Murray Mittleman, MD, DrPH, Department of Medicine at BIDMC and a professor of epidemiology at the Harvard T.H. Chan School of Public Health. “If you do drink, do so in moderation, and if you’re on medications or have other health concerns, talk with your doctor about whether even moderate drinking is safe.”