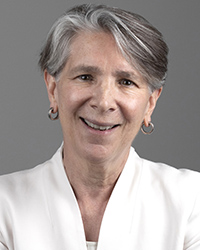 BOSTON – Marsha Maurer, DNP, RN, chief nursing officer and senior vice president for patient care services at Beth Israel Deaconess Medical Center (BIDMC), has been named a Fellow of the American Academy of Nursing. The honorific society selects fellows for their contributions and impact to advance the public’s health.

“This induction into the American Academy of Nursing as a fellow is one of the highest honors a nurse can receive,” said Pete Healy, president of BIDMC. “As one of the preeminent nursing leaders in the country, Marsha is very worthy of the recognition as she continues to blaze trails to enhance the lives of our patients and staff, and as her transformative leadership is influencing the boarder nursing profession.”

Maurer was nominated in part for her transformative work addressing inequalities of opportunity in nursing, her development of innovative academic and service partnerships, and her leadership expertise in emergency management.

Maurer’s interest in supporting the needs of under-served populations dates back to her days as a clinical nurse at the former Beth Israel Hospital, where her practice was focused on the care of patients with HIV and addiction. She then served as a nurse manager and senior director at Cambridge Health Alliance before returning to BIDMC in 2001, ultimately being named senior vice president for patient care services and BIDMC's first chief nursing officer.

“At a time when investments in, and policy to address, health equity, innovation, and access are paramount, the Academy is thrilled to welcome these dynamic and courageous nurse leaders who will support our collective vision of healthy lives for all people,” said Kenneth R. White, PhD, RN, AGACNP, ACHPN, FACHE, FAAN, president of the Academy. “Induction in the Academy is a powerful moment in a nurse’s career. When we gather this fall, to award the Fellowship credential, I look forward to celebrating each Fellow’s incredible accomplishments that have improved the wellbeing of communities across the globe.”

Maurer earned an undergraduate degree in women’s studies at the University of Michigan, a bachelor’s degree in nursing at Northeastern University, a master’s degree at Boston College and a Doctor of Nursing Practice degree at Simmons University, specializing in executive leadership. She received BIDMC’s Robert M. Melzer Leadership Award in 2012 for “leading constructive, lasting, and all-embracing change.” That year, she was also honored by BIDMC’s LGBTQ Advisory Committee for outstanding contributions to advancing the health of members of the LGBTQ community. Maurer became the first incumbent of the endowed chair in nursing at BIDMC in 2018 when she was named the Cynthia and Robert J. Lepofsky Chief Nursing Officer. She was also named a Fellow of the American Organization for Nursing Leadership in 2019.

The American Academy of Nursing will formally induct the 2022 class of fellows at the Academy’s Health Policy Conference in October.

This article was repurposed from an American Academy of Nursing press release.