Boston, Mass. – As the numbers of patients with confirmed and suspected COVID-19 in the United States continue to rise exponentially, physician-researchers at Beth Israel Deaconess Medical Center (BIDMC), part of Beth Israel Lahey Health, launched a collaborative and open-source effort to address the shortage of swabs that is hampering the nation’s ability to test for and track the spread of the virus. The team’s mission is to catalyze the development and clinical validation of novel designs for swabs for COVID-19 testing that can be manufactured quickly and in large numbers.

“With the number of COVID-19 cases doubling every four days in the United States, there is a critical need for rapid testing if we hope to flatten the curve of this pandemic,” said Ramy Arnaout, MD, DPhil, Associate Director of the Clinical Microbiology Laboratories at BIDMC, who has been coordinating the effort. “We now have swabs that we believe are workable from at least three manufacturers. I am cautiously optimistic that daily production of up to a million swabs will begin soon.”

To help prepare clinicians to meet the demands of this unprecedented pandemic, Arnaout and his fellow directors James Kirby, MD, PhD, and Stefan Riedel, MD, PhD, noted impending swab shortages in mid-March. An alumnus of MIT, Arnaout immediately reached out to fellow MIT alumni, coordinating and building a network that soon brought together a multi-disciplinary team of scientists, academic teams and industry partners. Just 10 days later, scientists at BIDMC had received and evaluated about 120 different materials and prototypes for swabs used for the detection of SARS-CoV-2, the respiratory virus that causes COVID-19. Now, BIDMC physicians are beginning field trials to evaluate the most promising prototypes.

If the trial results are positive, manufacturers could begin producing the swabs by the millions each day, alleviating at least one bottleneck preventing widespread COVID-19 testing in the United States and beyond. Dr. Arnaout’s colleagues in the Clinical Microbiology Laboratories at BIDMC are also hard at work resolving the ongoing critical bottleneck on the preservative fluid needed for transporting the swabs to the sites of testing at the hospital.

Within days of the mass mobilization that established the nationwide consortium, Arnaout developed a three-step protocol for evaluating swabs either repurposed from other medical uses or newly designed by 3D printing or similar methods.

Dozens of factors need to be considered in developing a substitute for the standard nasopharyngeal swabs approved for use for detecting respiratory viral infections that had been largely produced by an Italian manufacturer, now incapacitated by that nation’s widespread COVID-19 outbreak. More specialized than cotton swabs, the six-inch long nasopharyngeal swabs sweep the depths of the nasopharynx—where the nose meets the back of the throat, roughly halfway between the ears—collecting cells that may be infected by respiratory viruses like SARS-CoV-2. Upon extraction, the swab’s tip is snapped off into a vial containing a preservative fluid known as viral transport medium (VTM) and sealed. Lab technicians then test the preservative fluid for the presence of a virus, using a genetic test called a polymerase chain reaction, or PCR.

To make sure the substitute swabs were rigid enough to collect cells from the back of the throat, but flexible enough not to damage the soft tissues there, phase one of the BIDMC’s clinical pathologist protocol calls for expert evaluation of potential swabs by experts on the frontline of patient care: infectious disease doctors, clinical pathologists and respiratory therapists.

Next, swab prototypes were tested for their ability to collect an adequate sample of cells to test for viral infection. Scientists tested prototype swabs’ ability to capture cells and microbes by performing a cheek swab test—a relatively safe and non-invasive proxy for swabbing the nasopharynx.

In phase three, potential swabs were evaluated for their compatibility with COVID-19 testing protocols and materials. Swabs must be able to withstand the rigors of sterilization or disinfection—most often accomplished with high temperatures and pressures in a process known as autoclaving—without becoming structurally weakened or chemically interfering with the PCR test that detects COVID-19.

Using this protocol to evaluate more than 100 prototype swabs, the BIDMC-led collaboration may have landed on a solution to the swab shortage—all in two weeks time. Critical supply chain challenges still remain with respect to COVID testing; chemical reagents to conduct the tests are in short supply, and many laboratories lack the capacity and personnel to keep pace with the demand for COVID-19 testing.

The key to the group’s remarkable speed has been the transparency of the process, says Arnaout, who maintains the open-source repository where he and his collaborators organize the deluge of data on results and best practices as they race to reverse engineer the increasingly scarce medical supply. Collaborators include colleagues at HP, EnvisionTec, Origin.io, University of Washington, Stanford University, University of South Florida, Formlabs, Carbon, and OPT Industries.

“This clearinghouse of information has saved everyone immeasurable time, and Dr. Arnaout has kept everyone focused on their main goal of producing millions of these swabs as soon as possible,” said Gyongyi Szabo, MD, PhD, Chief Academic Officer for Beth Israel Deaconess Medical Center and Beth Israel Lahey Health. “This 3D printed swab project is one of many new initiatives of the new BIDMC COVID-19 Innovation Hub, a collaborative effort we have launched to address PPE and other shortages we face as we rise to meet the challenge of this global pandemic,” Szabo added.

“Dr. Arnaout and his colleagues at BIDMC faced an incredibly difficult problem to solve,” said Peter J. Healy, President of BIDMC. “By working long days in the lab, on their own time, and during a public health crisis, they may have found an answer to this problem that millions of Americans will benefit from. It’s a remarkable effort from a truly talented and dedicated group of clinicians and scientists.”

“Before we can declare victory, there has to be relief of this swab crisis—individually packaged, autoclaved or sterilized swabs, ready to be produced by the millions,” Arnaout said. “But the reason why we have been able to make so much progress so quickly is that we put our egos and personal gain aside to identify the problems, identify who can solve them and bring the right people to the table. You have to manage being in the trenches with an incredible team versus the 30,000-foot view, planning and communicating around the steps ahead. That’s how we went from problem, to people, to prototypes, to disinfection and packaging, and hopefully to a solution to this crisis so quickly. None of it would have been possible without an unbelievably hard-working, talented, and selfless group from all over the country, including dozens of people at BIDMC. It’s been quite a ride.” 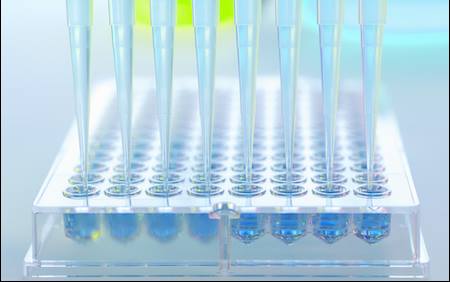 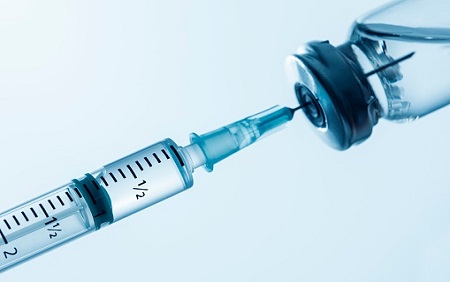 BIDMC in the News

Beth Israel is working with Johnson & Johnson on a coronavirus vaccine