Crunching the Numbers of Cancer Metastasis

While revealing that metastatic breast cancer cells alter their shape to spread to other regions of the body, researchers develop a mathematical model that can be applied to study similar cellular systems

BOSTON – In metastasis, cancer cells break away from the original tumor and take root in another region of the body by entering the blood stream. In order to spread, metastatic cells cross over the endothelium – a barrier of endothelial cells lining the circulatory system that controls the passing of materials into and out of the blood stream – a behavior not as easily accomplished by non-metastatic cells. 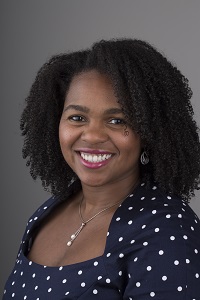 In a study published in Scientific Reports, first author Yamicia D. Connor, MD, PhD, a resident in the Department of Obstetrics and Gynecology at Beth Israel Deaconess Medical Center (BIDMC), and colleagues, reveal that unlike non-metastatic cells, breast metastatic cells have the ability to change shape, flattening to more effectively cross the endothelium and into the blood stream. In addition to demonstrating the transformation, the team developed a mathematical model to quantitatively illustrate this interaction between the metastatic and endothelial cells that can be easily modified for studying similar cellular systems.

“Our data show that breast metastatic cells are not only able to find blood vessels more effectively, but they also are able to change their shape to help facilitate crossing into the blood stream, which is a critical step in the spread of cancer,” said Connor. “The study demonstrates how mathematical models can be paired with biological systems to provide and quantify important insights in cellular biology and potentially test drug targets.”

Using the same mathematical model, researchers can investigate whether this behavior is limited to breast cancer or if it applies to other metastatic diseases. In a separate study, Connor’s team is exploring if ovarian cancer cells may similarly interact with the endothelium as the breast cancer cells.

“These findings provide a framework for examining a tumor’s metastatic potential in a 3D model system,” said Toni Golen, MD, Vice Chair of the Department of Obstetrics and Gynecology at BIDMC, who was not involved in the research. “This may serve as the basis for future research to investigate whether quantifying physical interactions between metastatic cells and other cell types can provide insight into the mechanism of metastatic disease that can be used to guide treatment decisions.”

In addition to Connor, authors included Yonatan Tekleab of the Massachusetts Institute of Technology, and Sarah Tekleab, Shyama Nandakumar, Divya Bharat and Shiladitya Sengupta of Brigham and Women’s Hospital.