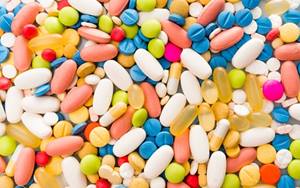 Because bacteria – especially Gram-negative strains – are becoming increasingly resistant to current antibiotics, investigators are studying the potential of combining two or more drugs to work together to combat resistant bacterial pathogens. Investigators at Beth Israel Deaconess Medical Center (BIDMC) have now demonstrated that existing antibiotics, some of which have been in use for decades, may have potent activity against such strains when used in combination.

The work, published in Antimicrobial Agents and Chemotherapy, is based on an untreatable infection that killed a woman in Nevada in 2016. In this case, the pathogen that was resistant to all 26 antibiotics tested at the U.S. Centers for Disease Control and Prevention (CDC).

“The Nevada strain is a Gram-negative bacteria, which means it’s surrounded by two protective coatings or membranes that makes it impervious to most antibiotics,” explained senior author James E. Kirby, MD, Director of the Clinical Microbiology Laboratory at BIDMC. “Gram-negative species also have ‘sump pumps’ in their cell membranes to rid themselves of any antibiotics that make it through this already formidable barrier.  We have been pursuing two strategies – combination therapy and repurposing of older antibiotics – to address the challenges posed by Gram-negative infections and, as soon as this pathogen became available for research experiments, we wanted to test whether these strategies would work against the otherwise untreatable Nevada strain.”

The study’s methods draw on the researchers’ previous findings that combination therapy may be effective even when bacteria become resistant to colistin, which is considered a treatment agent of last resort that can punch holes in the tough outer shell of Gram-negative bacteria. Kirby and Thea Brennan-Krohn, MD, a post-doctoral research fellow in Kirby’s lab, used a modified inkjet printer to test the activity of 20 antibiotic combinations, 18 of which contained colistin, against the Nevada strain. The inkjet technology dispenses uniform bacterial samples into each of the 96 wells in a standard lab testing plate to allow for rapid and consistent testing of different drug combinations.

Although none of the 26 antibiotics tested by the CDC worked by themselves against the Nevada strain, the researchers saw synergy when colistin was combined with 21 antibiotics assayed. Most drugs were effective in combinations when used in standard doses. Also, no combinations demonstrated antagonism, or interference with each other.

“Although more evaluation is needed to find out if these combinations would be effective for patients, their activity at low concentrations in the lab is promising, suggesting that they may have clinical activity at levels that are not toxic,” said Brennan-Krohn.

Interestingly, some agents that are active against organisms such as Staphylococcus aureus (including the antibiotic resistant version of this bacteria, called MRSA) but are not normally active against Gram-negative bacteria, showed potent activity against the Nevada strain when combined with colistin.  “Our hypothesis is that colistin pokes holes in the Gram-negative membrane, allowing these antibiotics to get into the bacterial cytoplasm, where they are effective,” said Brennan-Krohn.

If results continue to look promising in additional studies, it could mean that physicians already have access to effective treatment options for patients with potentially deadly and resistant bacterial infections. 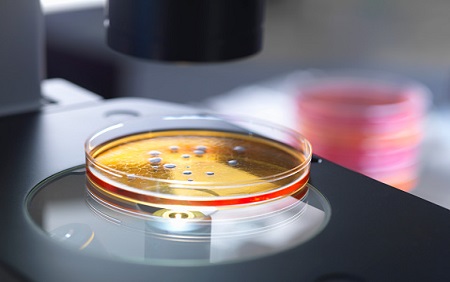