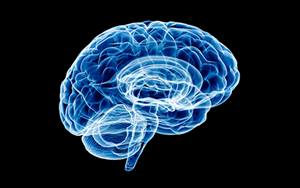 Cervical dystonia is a painful neurological condition that causes the muscles of the neck to contract involuntarily, forcing patients to tilt or turn their heads against their will. A fairly rare disorder, dystonia is typically an idiopathic condition – that is, it arises seemingly out of the blue. Some cases of dystonia, however, are acquired in the wake of brain injuries, offering scientists valuable insight into the mysterious disorder.

In a study published today in the journal BRAIN, neuroscientists led by Michael Fox, MD, PhD, of Beth Israel Deaconess Medical Center (BIDMC) used brain lesion network mapping to find the anatomical origins of cervical dystonia. Lesion network mapping – a technique pioneered by Fox at BIDMC – is a recently validated technique that allows scientists to map symptoms caused by brain injury to specific brain networks. Their findings suggest that both forms of cervical dystonia, both idiopathic and acquired, involve the same brain network, and that deep brain stimulation (DBS) targeting this network can provide symptom relief.

“Rather than focusing solely on lesion location, lesion network mapping uses a database of MRI scans to identify the network of brain regions connected to each lesion location, said Fox, Director of the Laboratory for Brain Network Imaging and Modulation at BIDMC and an Associate Professor of Neurology at Harvard Medical School. “Lesion network mapping has provided insight into multiple other neuropsychiatric symptoms and may help identify targets for brain stimulation therapies.”

Fox and colleagues, including co-first authors Daniel T. Corp and Juho Joutsa, identified 25 cases in the medical literature in which brain injury left patients with cervical dystonia. Network mapping revealed that, while the brain lesions were scattered throughout the brain, all 25 lesions were functionally connected; that is, they fell within a single network that included positive connectivity to the cerebellum, known to play an important role in motor control, and negative connectivity to a region of the brain that receives sensory input from the body.

Next, the team compared functional connectivity patterns between 39 patients with idiopathic cervical dystonia and 37 healthy control subjects (using a data set from two previously published studies.) Compared to their normal counterparts, the brains of patients with idiopathic dystonia indeed showed similar network abnormalities in the same regions as patients who had lesion-induced dystonia.

“These findings suggest a shared neuro-anatomical network for cervical dystonia – independent of how the disorder came about,” said Corp, a post-doctoral fellow in Fox’s lab. “This study illustrates how lesion network mapping can guide the search for brain abnormalities and treatment targets in patients with similar neurological symptoms, whether or not they have brain lesions.”