Although a New York resident, Alexander (Alex) Smith says his roots belong to Massachusetts. “I was born in Boston, lived in Duxbury and have a lot of extended family in the area,” he explains.

So when given the opportunity to run the Boston Marathon for Team BIDMC, it just made sense. “I never considered myself a runner until about seven years ago when I ran my first marathon in New York City in support of the American Cancer Society,” he says. “Since then, I’ve run nine more marathons—but I’ve never taken part in the infamous Boston Marathon.” 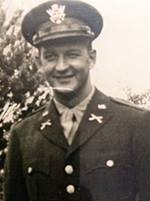 Runners everywhere recognize the route from Hopkinton to Back Bay for the grueling course that it is, complete with “Heartbreak Hill” not far from the finish line. “The best part about this journey, however, isn’t the race—it’s the opportunity to give back,” he says.

Alex is running on Team BIDMC to raise funds and awareness for kidney disease research. “This cause hits close to home because my grandfather, Daniel, was treated at BIDMC for kidney cancer,” he shares.

While undergoing treatment, physicians discovered that Daniel had an unusual horseshoe-shaped kidney, in addition to an abdominal aortic aneurysm. “He eventually needed surgery for the aneurysm, too, but thanks to the expert care he received, he recovered and lived a healthy life until the age of 92,” Alex says. 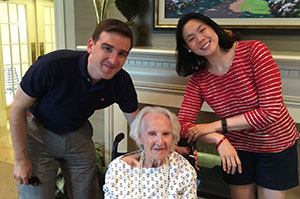 Alex’s grandmother has also been a patient at BIDMC. “She’s still in good health at 98 years old,” he says. “I’ve always been a charity runner. BIDMC has helped my family so much, and I jumped at the opportunity to be able to give back.”