Bloodstream Infection Rates as a Measure of Quality in Hemodialysis Facilities 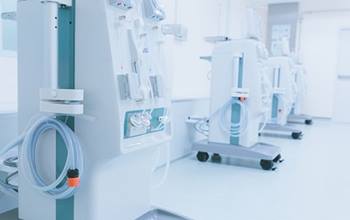 Nearly half a million Americans undergo hemodialysis – the removal of waste, toxins and excess fluid from the blood by a filter designed to assist a failing kidney –  for treatment of end stage renal disease. Patients who receive dialysis with a central venous catheter are at nearly ten times greater risk of potentially life-threatening bloodstream infection than patients who receive dialysis via other means of vascular access. Because good infection control practices can significantly reduce the rate of bloodstream infection among patients who dialyze via a catheter, the Centers for Medicare and Medicaid Services (CMS) uses bloodstream infection rates as one measure of quality care by hemodialysis facilities.

Brown and colleagues used data from all 179 Medicare facilities providing adult outpatient hemodialysis in New England throughout 2015–2016. Facilities served a median of 60 patients per facility, with an average of 17 percent of them having catheters. Overall, patients on dialysis were at low risk of bloodstream infections. However, the team found that patients with a catheter were about 7.5 times more likely to end up with a bloodstream infection than patients without a catheter.

“Learning what factors may be involved to explain the large differences in bloodstream infection rates among hemodialysis facilities with higher catheter infection rates would be helpful to counsel patients about the risks of their vascular access options for dialysis,” Brown added. “Prospective studies will be needed to shed a light on such factors.”

Brown’s co-authors were biostatistician Roger B. Davis, ScD, in the Department of Medicine at BIDMC and Kristin Brickel, RN, MSN, MHA, CNN, of DaVita HealthCare Partners, Inc. IPRO ESRD Network of New England provided the team with data. This work was conducted with partial support from the Harvard Catalyst (NIH award UL1 TR001102.)