Parkinsonism – slowed movement, muscle rigidity and tremor – is a classic set of neurological symptoms most often seen in patients with Parkinson’s disease. Because neuron loss in the substantia nigra – a region of the brain associated with motor planning – is the hallmark characteristic of Parkinson’s disease, parkinsonism has long been thought to originate there. However, parkinsonism can occur in patients who have other conditions that leave the substantia nigra intact, making the true source of the suite of symptoms a mystery.

Now, a team of investigators led by neuroscientists at Beth Israel Deaconess Medical Center has identified the claustrum – a little understood sheet of neurons thought to play a role in sensory integration – as the likely origin of parkinsonism across different conditions. Featured as an Editor’s Choice, the study was made available free to the public today in the journal BRAIN.

The team used a novel methodology called lesion network mapping to discover the origins of parkinsonism in 29 patients whose symptoms were not the result of Parkinson’s disease but rather attributed to a brain lesion – an abnormality or injury to the brain visible on brain imaging. The lesion network mapping technique was pioneered by senior author Michael Fox, MD, PhD, Co-Director of the Deep Brain Stimulation Program at BIDMC and an Associate Professor in Neurology at Harvard Medical School.

The mapping of the 29 lesions – which were located in different regions of the brain – revealed that connectivity to the claustrum was the single most sensitive and specific marker of lesion-induced parkinsonism. The teams’ findings also suggest the claustrum could serve as a potential novel treatment target in brain disorders causing parkinsonism.

“The role of the claustrum has been a mystery for neuroscientists for decades and its role in the neuropathology of parkinsonism has received little attention,” said Juho Joutsa, MD, PhD, a research fellow at Massachusetts General Hospital Martinos Center and BIDMC’s Berenson-Allen Center. “These findings encourage us to further investigate the claustrum. Next we aim to better characterize the abnormal function of the claustrum in parkinsonism syndromes.”

Lesion network mapping leverages brain connectivity information (housed in a database called the Human Connectome) to discover the brain regions connected to brain lesions – areas of the brain that appear abnormal in brain imaging tests. Fox and colleagues have previously used the method to reveal which parts of the brain are responsible for a number of symptoms, conditions, behavior, and even consciousness.

Joey Hsu of the Berenson-Allen Center and Andreas Horn, MD, of Charité – Universitätsmedizin Berlin, Germany also contributed to this paper. 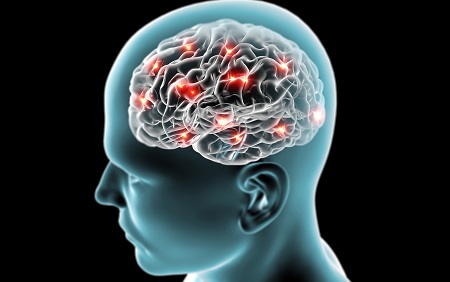 Read More About Can brain lesions contribute to criminal behavior?
See All News