When you are newly diagnosed with breast cancer, feelings of fear, sadness, anger, and worry can be overwhelming. Added to that maelstrom is the need to take in lots of new information and make very tough choices. No one thinks her best in the middle of a crisis, and this decision has lifelong implications. Mastectomy or breast-conserving surgery (lumpectomy)? If a mastectomy, one or both? Reconstruction or go flat?

Women who chose breast-conserving surgery scored higher in satisfaction…than did women who had chosen either single or bilateral mastectomies.

Many people's first thought is something like: take them both. I can’t do this ever again. That may be the best and final choice for some women, but most of us do better thinking if we can take a deep breath, slow down, and try to consider what will help us sleep better now and ten years from now. As we know, there is usually no survival difference between the two surgical options. Sometimes there is a medical reason that favors one or the other, usually a mastectomy. For example, if a woman tests positive for a BRCA gene, it may make sense to move forward with bilateral mastectomies to reduce any future risk of another breast cancer.

Over the many years of my practice, I have talked with hundreds of women who were in the throes of this dilemma. My observation has always been that we know ourselves well, and each woman will make the best decision for herself. The trick can be dissociating a little from the panic and not listening to the well-intentioned advice of family or friends. Reading too much on the internet may also be distressing and misleading. My recommendation continues to be to educate yourself by looking at reliable and non-biased sources like: Breastcancer.org, Living Beyond Breast Cancer, or the National Cancer Institute.

A study just published in JAMA Surgery considered patient satisfaction and quality of life after breast cancer surgery. As mentioned above, survival and local (in the breast) recurrence rates do not differ significantly between patients who opted for mastectomy vs. those who chose a breast-conserving surgery. Additionally, the use of adjuvant chemotherapy and/or hormonal therapy has decreased the recurrence rates for all breast cancer patients.

As I have written other times, there has been a trend towards choosing bilateral mastectomies, especially among younger women. Since this journal is published for surgeons, the study comments that this fact is challenging for surgeons who need to respect the patient’s choice but understand that the larger surgery is usually not necessary. Surgeons are reluctant to remove a healthy body part, so it is sometimes hard for them to be comfortable with medically unnecessary bilateral mastectomies. Do not misunderstand here: the number one priority is always the woman’s comfort and decision.

The authors of this study used the BREAST-Q instrument, a questionnaire designed to measure satisfaction with outcomes and health-related quality of life after breast cancer surgery. They found that women who chose a breast-conserving surgery scored higher in satisfaction with the surgery, psychosocial well-being, and sexual well-being than did women who had chosen either single or bilateral mastectomies. Over the years, one possible advantage of mastectomy has been avoidance of the need for radiation therapy, but, increasingly, radiation is recommended post-mastectomy so this reason is often less relevant. Of note, the study authors found that women who had bilateral mastectomies and radiation scored the lowest on all domains.

Remembering that this was published in a surgical journal, the primary recommendations and findings are directed towards surgeons as they discuss surgical choice with their new patients. The suggestion is that it is important that the conversation(s) include information about decreased patient satisfaction after mastectomy, the higher risk of surgical complications with more surgery, and the generally lower quality-of-life scores after mastectomy as compared to breast-conserving surgery.

We all know how important our doctors’ words are. We remember them and often discuss with our families and friends. I hope that more studies like this one will encourage breast surgeons to very clearly state the facts as they listen carefully to their patients’ wishes.

Join the BIDMC Cancer Community and share your story. 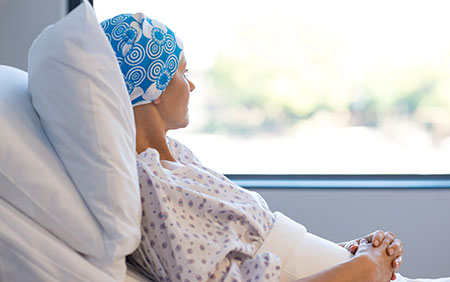