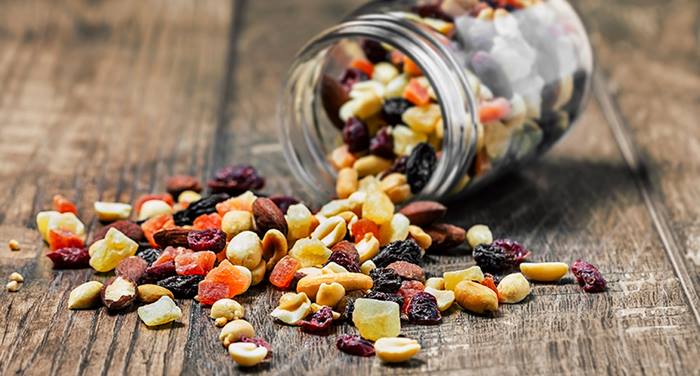 In all honesty, I have debated whether to write about this study recently published in the International Journal of Cancer. Since I am a strong believer that there are no cancer prevention diets or particular foods that can prevent, cure, or reduce recurrence risk, it seems somewhat paradoxical to consider this one. I am coming down on the side of sharing it for several reasons; the authors are clear that this is an observational study and shows an association, not causation. My other reasons are completely personal: I love nuts, and my mother was kind of a nut fanatic in her later years, believing that pecans promised all kinds of health benefits and protections. For a while, she brought the same enthusiasm to carrots until her doctor wrote in her chart: Mrs. X is as orange as a carrot can be. That comment about her skin curtailed her passion.

In this unique study, women who had been treated for breast cancer and who recalled eating nuts were found to have a significantly better disease-free survival over ten years than those who eschewed nuts. The nut eaters also had a better overall survival, meaning not just breast cancer deaths, but that advantage was not statistically significant. More than 3,000 women in China were asked, but only once, about their nut-eating habits. The authors reported a dose-response pattern between eating nuts and breast cancer recurrence, meaning that the more nuts women ate, the more likely they were to have stayed well.

Other cancer researchers and doctors have commented on the many other factors that could have contributed to the outcome. The women who ate nuts generally had more education, higher family incomes, lower body mass index, and were more physical active. These are all factors known to be associated with better breast cancer survival. (Again, please note that these are associations, not causal.) Another unusual feature of this study was that the nut question was only asked once at the five-year survival mark. This means that women had to have lived at least five years after diagnosis to be included.

Erin Van Blarigan, PhD, an epidemiologist at the University of California San Francisco, led an earlier study that noted survival benefits of nut consumption for colon cancer patients. She remarked that this new Chinese study found low nut intake (usually just one serving per week). Dr. Blarigan also reminded us that nuts are energy-dense, meaning caloric, so portion sizes should be small, generally ¼ cup of nuts or 1-2 tablespoons of nut butter. That is fewer nuts than many of us eat if we are sitting with a bowl of nuts before dinner or at a bar.

In addition, the general intake of nuts in China is much lower (median=17.3 grams/week) than that recommended by the American Heart Association (42.5 grams/week). Additionally, nuts, especially tree nuts, are expensive in China.

Almost 3,500 women participated in this study as part of a larger Shanghai Breast Cancer Survival Study. The question about nut consumption was asked at five years post diagnosis; an analysis of outcomes was conducted five years later. At the ten-year mark, there had been 252 deaths from breast cancer. Among the women questioned at the five-year point, 209 later experienced a recurrence; some of them were still alive at ten years. Those who ate nuts had higher overall survival (93.7% vs. 89%) and higher disease-free survival (94.1% vs. 86.2%). Again, remember that there were other differences between the two groups, including higher diet quality score, higher education and personal income, and more physical activity among the nut-eaters.

Make of this what you will. No one is saying that eating nuts will keep the cancer away and keep you well, but it does seem that moderate amounts of nuts should be included in a healthy diet. I personally am viewing this as an invitation to enjoy peanut butter on my toast.