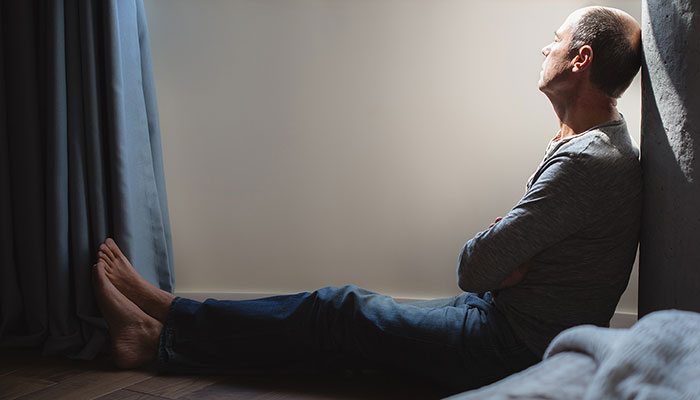 Breast cancer can happen to men. Although fewer than 1% of all breast cancers in the United States are in men, that still adds up to close to 3,000 cases per year. For men, the lifetime risk of getting breast cancer is about 1 in 833 — certainly a great deal less than women's risk of 1 in 8.

Many people are unaware that male breast cancer is even possible. The title of this blog, Managing Male Breast Cancer, refers to two different things. First is the medical management which is almost the same as women's treatments. Second is managing the psychological issues that are especially tough. Men share all of our (women's) worries about prognosis and loss and pain and body changes, but they also have to contend with their unique situation. Over the years, I have worked with about a dozen men who have this diagnosis, and each one described his absolute shock and disbelief upon hearing the diagnosis. One man told me that a good friend actually laughed when he shared the news, and then said: Come on, what is really the problem?

The American Society of Clinical Oncology (ASCO) recently released updated guidelines for the care of male breast cancer. Men's breast cancer care can include surgery, radiation, chemotherapy and endocrine/hormonal treatments, just like for women. Let's pause and think about this for a moment.

I have learned that a few of my assumptions about men's reactions to treatment were uninformed and just plain wrong. Breasts do have different meaning for women than they do for men, but undergoing a mastectomy, the usually recommended treatment, changes how a man's chest looks. If he is at the beach or pool, wearing only swim trunks, it will be obvious that he has had surgery. What may not be obvious to onlookers is the reason for the missing nipple and scar across his chest. The men I have known have generally opted to keep on a t-shirt in public as a way to avoid the curious glances and possible awkward conversations. Another incorrect assumption was that it would be less distressing for a man to lose his hair from chemotherapy. Yes, some men go bald due to aging and heredity, but I have learned that none of them like it when it is caused by chemotherapy.

So, what is the same and what is different about treatment for men vs. treatment for women? The initial staging and treatment plan decisions are the same: usually surgery coming first, followed by chemotherapy and/or endocrine therapy (Tamoxifen is generally recommended for men, regardless of their age). Sometimes men do have a lumpectomy and radiation therapy, but that is clearly dependent both upon the cancer presentation and their physique. The same gene expression testing to determine the potential value of chemotherapy is recommended. For men being treated for metastatic breast cancer, endocrine therapies are usually excluded, so the focus is on chemotherapy and targeted therapies. There is little information available about recommended survivorship care for men. Annual mammograms are suggested, and men continue to see their doctors on a standard schedule.

Since the focus on survivorship care for women is relatively recent, it is not surprising that less is known about what is helpful for men. In addition to ongoing medical follow up, my experience has been that psychosocial support is invaluable. Of course, I am biased about this one, and the men whom I have seen have all opted to reach out for counseling. No doubt, there are plenty of men, just as there are plenty of women, who rely on the support of their friends and family and never connect with a cancer therapist. My observation, however, is that men must contend with all of the issues that face us, but must also process the experience of being diagnosed and treated for what is universally seen as a women's disease. The need to work through these feelings and arrive at a place of comfort and confidence can be even more challenging than it is for those of us with the XX chromosome.

Are you a man with breast cancer? Join the BIDMC Cancer Community and share your story.