Partial vs. whole breast radiation: which is best? 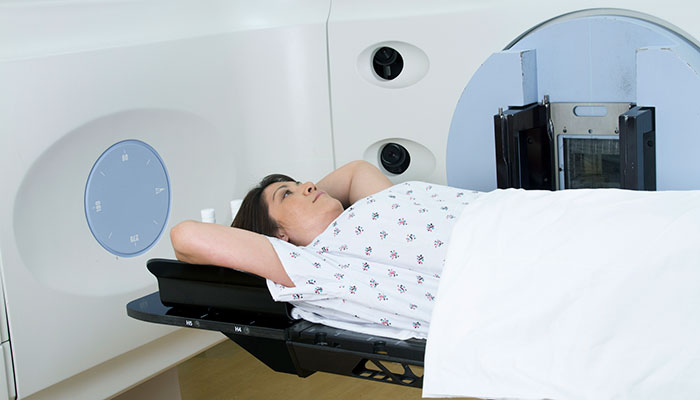 We are all familiar with the usual choices for first-line breast cancer treatments: mastectomy or wide excision/lumpectomy followed by a course of radiation therapy. The radiation generally is daily, Monday-Friday, for five to six weeks. As an aside, when I first began to work in Oncology, mastectomies were the only offered surgery at most hospitals and medical centers. At the time, Beth Israel Hospital (now Beth Israel Deaconess Medical Center) was one of only three hospitals in the United States that offered the smaller, breast-conserving surgery to many women. Therefore, women came from all over the country and stayed in Boston for approximately six weeks, often needing help with housing and other resources for daily living.

As another interesting aside, at that time, many insurance companies resisted paying for lumpectomy and radiation. It was cheaper to cover the cost of a single surgery, mastectomy, and many women had to fight for coverage.

This basic choice has not changed much for decades, but a recent study suggests that there may be shorter radiation that is just as effective for some women with early breast cancer. Presented at the San Antonio Breast Cancer Symposium in December 2019, a ten-year study from the University of Florence, Italy, enrolled 520 women. The purpose was to determine the long-term benefit, safety, and cosmetic outcome of partial vs. whole breast radiation. As you easily infer, accelerated partial breast irradiation (APBI) targets a smaller area of the breast. The results after five years, reported some years ago, showed no difference in survival or in local (the breast) recurrence between women who received the standard whole breast and those who had a smaller radiation field. There were, however, significant differences between the two groups in reported adverse events (think skin burning or other reactions to radiation) and the cosmetic outcome. As you would guess, women who had shorter and less extensive radiation had better results in these areas.

The recent ten-year results reinforced the earlier findings. There was no difference between the two groups in survival or local recurrence. Women who had APBI had fewer adverse events/problems and better cosmetic outcomes.

This option has been available for some women at BIDMC for some years. Careful consideration is given to each individual situation in making a recommendation as to which type of radiation is best. For women, it is clearly easier to have fewer radiation treatments. Having to add these daily medical appointments to already busy lives, especially if there is a commute involved, is tough. All of us are willing to do whatever is needed to best treat our breast cancers, but anything that is just as good and simpler is a benefit. Learn more about breast cancer treatment options, including radiation therapy.

Have you had radiation therapy for breast cancer? Was it the standard six-week course or did you receive the shorter version? Join the BIDMC Cancer Community and share your story.