Going flat after breast cancer and adapting to a different body 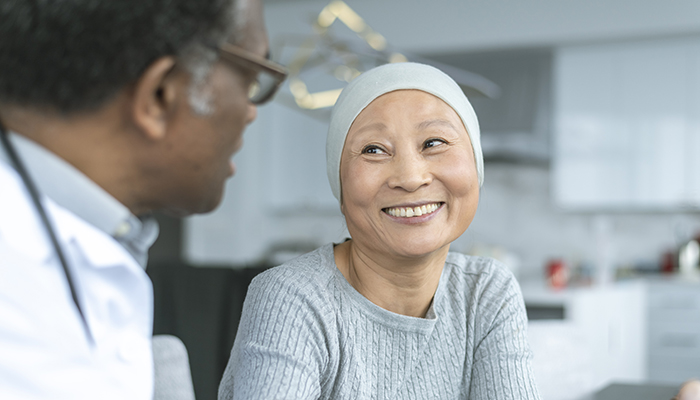 Recently I saw some analytics about this blog. It was interesting that a post on 'going flat' was among the most read. Given that the national trend has been towards reconstruction, it has been striking that I have been seeing increasing numbers of women who opted, after one or bilateral mastectomies, not to reconstruct.

For a very long time, the national numbers looked like a political map: there were more women having reconstruction in the blue states, and fewer in the red. This was explained away with comments about access to care, health insurance, physician preference, and patient choice.

My earlier blog post talks about the reasons women make their choice and the importance of being fully informed. Today, I am thinking about the aftermath of this choice. This is not about making the choice or how to dress afterwards; it is about adapting to a different body. I am currently working with four women who had bilateral mastectomies without reconstruction. One opted for this surgery mostly out of fear and the conviction that she never again wanted to go through breast cancer. (Note: this is not exactly wrong thinking, but it is less than fully complete. For all of us, the real danger after breast cancer is that there will be a distant recurrence or metastasis. Removing one's breasts does not change this risk; it does almost entirely take away the risk of a local recurrence or another primary breast cancer.) The other three women were told that bilateral mastectomies were the safest medical choice for them, and, after meeting with plastic surgeons and learning about reconstruction options, they each decided that they would not go that route.

Since everyone is different, I also will mention a fifth woman who was also advised to have bilateral mastectomies. She did a lot of research and understood that there was no way to be certain of anything that could happen in the future. She could lose her breasts and still have another or a metastatic breast cancer or she could keep them and never have another cancer problem. For her, the worst possible outcome was losing her breasts and eventually coming to believe that she would have been well anyway, and that there had been no need to have the mastectomies. So far, she is comfortable with that decision.

To emphasize the point above, we are all different, and we find our own way to acceptance of a changed body. For some women, it becomes a focus on clothes. Once you notice, it seems that all shirts and dresses have darts or are cut lower in the front than now feels comfortable. Some women opt for loose and layered clothing, while others are comfortable with t-shirts and not owning other peoples' possible stares and discomfort. One small tip about lower-necked tops: some of them can be reversed, worn with the intended back in the front, and that may solve the problem.

Clearly someone who can wear a t-shirt and not feel self-conscious is doing great. Most of us are not quite that confident. I do know another woman who had a single mastectomy and has a very small remaining breast. She takes ballet lessons, and has always worn a leotard and felt that no one paid any attention as everyone is focused on their feet and legs.

More difficult is not reacting to the image in the mirror or the feel of one's ribs instead of the familiar breast tissue. What is even more difficult is finding a way back to comfortable intimacy with one's partner. We all know that we have to accept ourselves before we can expect someone else to do so. This holds true in this situation, but a loving partner can be a very big help. If I am able to speak with someone prior to surgery, I always suggest that her partner try to be present when she first sees her chest, and that s/he is involved from the start. It is easier to first experience the loss together, to gently touch and feel and rub in lotion, and to gradually accept it as your own.

Sometimes either the woman or her partner is reluctant to show or touch. The longer this goes on, the harder it is to repair. I remember working with a woman who was three years post surgery and who still never undressed in the presence of her husband and always wore pajamas to bed. Even when they were intimate, she kept on the pajama shirt. What eventually helped them was a series of slow steps. At my instruction, they started with his hand on her flat side, but over her shirt. Then he was allowed to move his hand around in that area. Next, he stood behind her in the shower and soaped her chest. Then she faced him for the same gentle soaping. Finally, they were comfortable with his seeing and touching in the bedroom. These exercises were painful and often accompanied by tears from them both.

The truth is that we all eventually adapt. We may well never like our flat chests, but it becomes one part of who we are and may be even proof of our courage and strength. Remember the Amazons who removed one breast to better hold a bow. Or remember my young daughter's question before my mastectomy: Name one other body part that you would prefer to lose. I couldn't.