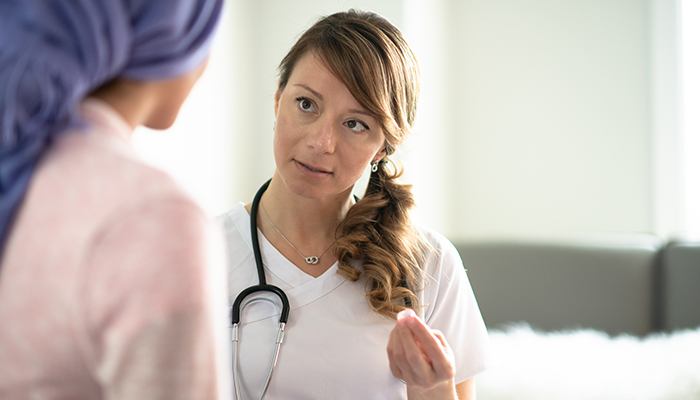 DCIS or ductal carcinoma in situ is a diagnosis that attracts a lot of research attention. Sometimes referred to as Stage 0, some doctors insist that it is not really cancer. It is, however, a pre-invasive cancer condition that sometimes becomes invasive breast cancer. By definition, real breast cancer has broken beyond the breast ducts or lobes and demonstrated a capacity to move. DCIS or LCIS (lobular carcinoma in situ) means that the abnormal cells are contained within the ducts or lobes and, if they would just stay there, would not cause a health risk. The catch is that it is impossible to predict which DCIS or LCIS cells are going to eventually break through and become invasive.

Over the past decades, surgery for DCIS has been reduced. When I first began to work in Cancer World, women with DCIS were routinely treated with a mastectomy even though women with invasive breast cancer were often given the option of a wide excision or lumpectomy, followed by radiation therapy. It was very confusing for women to try to understand why they, without invasive breast cancer, needed the larger and more disfiguring surgery. Over time, this practice changed, and many women with DCIS can be safely treated with a wide excision and radiation. If the DCIS is diffuse, widespread in the breast, a mastectomy is still recommended. Once this surgical treatment, or surgery plus radiation, has been completed, women are reassured that any cancer danger is gone. Sometimes a medical oncologist will recommend that a woman take five years of Tamoxifen as a risk reduction against possible future problems, but this is almost always a conversation that presents several options.

To be completely honest, sometimes a woman who has been treated surgically for DCIS will, some years later, be diagnosed with invasive breast cancer in the same breast. The assumption then is that there were a few invasive cells among the pre-invasive ones. This is always an extremely upsetting situation because the woman had been reassured that her cancer worries were behind her. Women who are diagnosed and treated for invasive breast cancers understand that there is a risk of future trouble, but that is not part of the standard of care conversation for women with DCIS.

Approximately 60,000 women each year are diagnosed with DCIS in the United States. Most are treated with surgery, and this surgery often includes a sentinel node biopsy, as would be the case for a woman with invasive breast cancer. A study recently published in the Journal of the National Cancer Institute indicates that sentinel node biopsies provide no benefit for women with DCIS. Any additional surgery does come with some risks, and it is clearly beneficial to reduce the amount of surgery when possible.

The Yale researchers used data from 12,000 DCIS patients and analyzed incidents of invasive breast cancer later occurring in the same breast. The results were that the sentinel node biopsies did not correlate with outcomes and prognoses. That is, the incidence of future cancers was the same among women who had a sentinel node biopsy and those who did not.

This is good news for women receiving this diagnosis as they will require less surgery, reduce their exposure to surgical risks, and make recovery a little easier. Read more about BIDMC's breast cancer care.