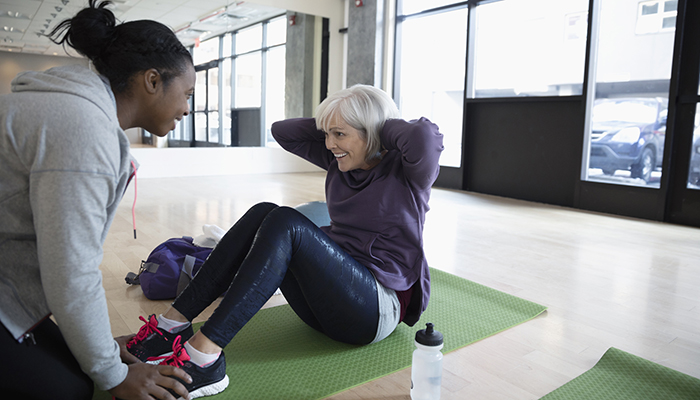 When we think about progress in cancer research, we generally think about more effective treatments and higher cure rates. These are certainly worthy goals that we all support, but the conversation is shifting a bit to include consideration of prevention.

We are grateful that more and more women are surviving breast cancer, but it continues to happen to 1 in every 8 women in the United States, making it the most common cancer in women. It is the most common cause of cancer death among Hispanic women, and the second most common among virtually all other ethnic groups. In 2019, approximately 268,600 women in the United States will be diagnosed with invasive breast cancer, and another almost 63,000 with non-invasive (in situ) breast cancer. Almost 42,000 American women will die of breast cancer this year. In January of this year, there were more than three million American women living with a history of breast cancer, and it is impossible to predict how many of them will eventually die of the disease. One of the frightening things about breast cancer, particularly ER-positive breast cancer, is that it can recur many years after the initial diagnosis, long past the time that most women remain acutely worried.

Increasing numbers of long-term studies have identified protective measures that could lower the numbers of women who are diagnosed with the disease. Any oncologist or researcher will tell you how complicated cancer biology is and how very smart cancer cells are as they mutate over and over to protect themselves from any drugs being sent their way. My husband, a veteran medical oncologist, has long believed that we will learn how to prevent breast cancer before we learn how to always cure it.

What are some of the things that we know may lower a woman's risk of this diagnosis? The United States Preventive Services Task Force has published new recommendations about medications to reduce risk in women who are at high risk. The drugs include tamoxifen, raloxifene, and the aromatase inhibitors. Increasingly, primary care physicians are being educated about the best use of these medications and can talk with their patients who might benefit. Women who are estimated to have a 3 percent or higher risk of developing invasive breast cancer in the next five years are the target population for this intervention. The risk is based on age, family history, a personal history of breast biopsies, breast density (which makes mammograms less useful), and race. Of course women who carry a BRCA or other gene mutation are considered to be highest risk and should have this conversation with their doctor.

Other than medication, which is appropriate for a rather small number of women, what else could be considered preventative? Lifestyle factors are usually mentioned: maintaining a healthy weight, regular exercise, moderate alcohol intake, and eating a healthy diet. Please note that there is absolutely no evidence that stress, negative thinking, poor management of anger, or any other emotional/psychological factor causes cancer. Many of us suspect that there are many environmental factors that may interact with our bodies to cause cancer, but we are a very long away from being able to identify what they might be. The very big exception, of course, is tobacco although it is most commonly associated with lung and head and neck cancers.

To my mind, here is the catch with all of this. We are not responsible for our breast cancers. They did not happen because of anything we ate or did not eat or did or did not do. Cancer is incredibly complicated, and it is actually hard for one's cells to go awry and become malignant; a whole chain of things needs to go wrong, and eating a donut definitely was not the cause. Our goal must be trying to balance how to live healthily without making ourselves crazy with rules and restrictions and accepting that most of this is out of our control.

It is reasonable to be hopeful that, in the future, we will know much more about how to prevent breast cancer and the next generations will have better tools than mammograms and healthy habits.