The trouble with cancer tests and scans 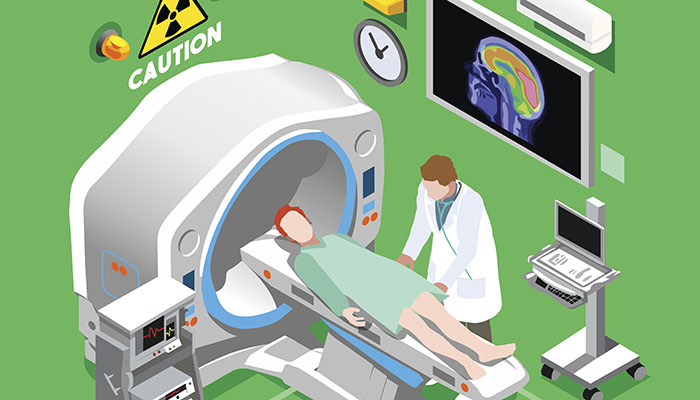 There are a number of good reasons why we should think carefully and hesitate before having scans or other tests. Of course sometimes there are good reasons to have the scans: symptoms that are new or worrisome, or planned follow up after treatment, or staging after a new diagnosis.

Incidentaloma is a newly-coined word to describe all the abnormal findings that are seen on scans that were unexpected. Something may be seen on a test that was ordered for a completely non-cancer reason or something may be seen that is in a different part of the body than the one that has been causing the worry. Incidentalomas, even if we don't know the word, are familiar to us all.

It usually happens like this: a scan or MRI or mammogram is ordered, and the radiologist spots something else. This something else stimulates a cascading series of events: more scans, tests, bloods, x-rays, and great anxiety. We can remind ourselves that people randomly taken off the street and tested would also have somethings, and most of them turn out to be nothing. In the midst of the anxiety, this is rarely soothing.

Once you have been diagnosed with cancer, any something takes on an ominous feeling. If, for example, you have been treated for lung cancer and have been stable for months, you continue to have periodic scans to confirm your health. On one of these scans, your lungs continue to look fine, but the radiologist spots something on your liver that needs to be investigated. This could mean that the lung cancer has spread but it could also be any number of benign, not worrisome, things that sometimes show up in healthy livers. This is one example of the scary events that can unfold in many ways. The common thread is that you begin the process with concern X and then chase concern Y (which often turns out to be nothing).

A recent study confirmed that most of these incidentalomas do not turn out to be cancer. But, along the bumpy road to that conclusion, the patient endures a lot of stress, anxiety, unpleasant medical procedure, and bills.

This is all worth remembering next time you wonder whether you should have a scan or a test. When you speak with your doctor, you will be reminded that there are times when it is appropriate and necessary for the best cancer diagnosis or treatment, but there are other times when nothing helpful is likely to come of the experience.

This also raises the disconcerting reality that finding a new metastasis or evidence of cancer progression is not necessarily helpful. Many studies have found that finding this new met a little later when a symptom occurs extends life just as long as finding it accidentally a little sooner. This is counter-intuitive. Repeatedly, however, studies have indicated that, for example, finding a bone met, as an incidentaloma, in a breast cancer patient several months before she has experienced pain/a symptom does not extend her life. Treatment will be just as effective if it begins in November instead of in August. Certainly a few more months without this new stress and anxiety will improve the quality of her life.

Over the years, I have been in many conversations with people who worry that having less frequent testing may be dangerous and who wish that closer surveillance were part of their ongoing care. The general trend in oncology is few, not more, tests unless there are symptoms or protocols or other reasons to proceed. More is not always better, and less is frequently more.