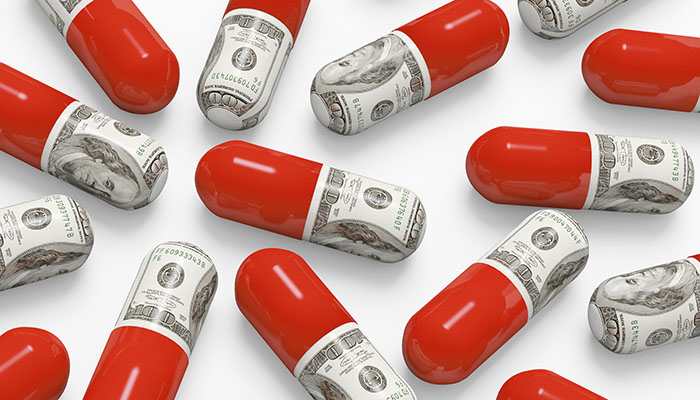 We all agree that drug prices are out of control. Because we are thinking about cancer, we consider those drugs, but the problem is much larger and includes drugs for all kinds of health issues. I spoke this morning with a woman whose daughter needs injections, every six weeks, for a non-cancer issue. Each injection costs $20,000. Even though she has insurance that covers almost all of the cost, we all concur this is a terrible situation.

A recent essay by in JAMA Oncology by Ian Neff reminds us that the question is not whether costs must be contained, but, rather, what is the best way to do so. He suggests that there are three possibilities: capping prices, eliminating patents, and replacing for-profit drug research with another model. Putting a limit on costs might make drugs more available to more people, but it would also reduce profits, and that might reduce research as companies worry most about their bottom lines. Changing the patent system probably would not be as effective as it might seem at first glance. Already, many new drugs are really just tiny changes to existing drugs and don’t bring much novel to the market. It is the third suggestion that is most enticing and creative. What if drugs were developed, not in the for-profit sector, but in the public sector?

After all, much research is already done in medical schools, universities, and the National Institutes of Health or the National Cancer Institute (NCI). A 2017 survey found that over 70% of Americans support increased funding for cancer research even if that means increasing the budget deficit or raising taxes. If there were no pharmaceutical industry, many costs would be immediately minimized: marketing, advertising, and executives' salaries. I am not a corporate thinker, and I am confident that are many immediate arguments why this would be difficult. One obvious worry is that removing the profit motive could be a disincentive in attracting work and attention. Personally, I believe that it would just mean shifting the rewards so that the scientists and researchers made the money rather than the business people.

This is a tantalizing idea. What if our public universities and existing institutions, like the NCI, carried this responsibility? We the people would be owners of the work, and there would immediately be much more funding for research. I can easily imagine the outrage and push back from industry, but there have been other moments when common sense and the public good have prevailed. Like most big ideas, there would need to be many conversations, compromises, and novel solutions that respect and sustain the integrity of science and the realities of the national (as well as individual) budget.