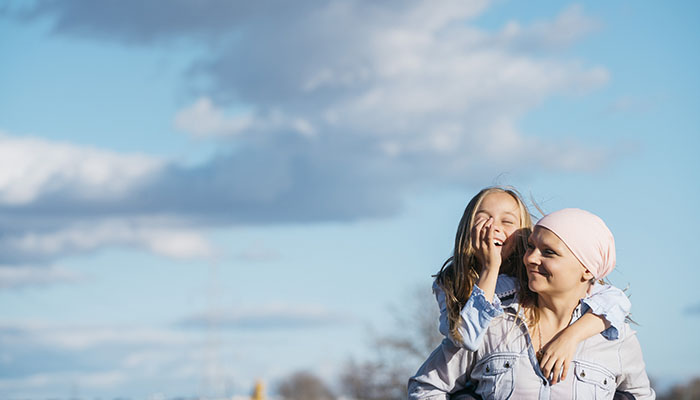 There have been many changes and advances since I began to work in Cancer World almost 40 years ago. Many of us have benefited from the improvements in anti-emetics/anti-nausea drugs. I remember when we gave patients little plastic half-circle containers as they started for their cars after finishing chemotherapy. We knew that they likely would not even get to the garage before the vomiting began. Now, blessedly, lots of people never experience vomiting or even intense nausea over the course of treatment. I think, for example, of one woman who was more than miserable throughout breast cancer treatment 15 years ago. When she was recently diagnosed with a different cancer and had to, again, experience chemotherapy, she was understandably panicked about likely side effects. To her amazement, she was never nauseated, thanks to improved anti-emetic medications.

Another very big advance has been the development of many more treatments for metastatic or Stage IV breast cancer. This has been also true for many other kinds of cancer, but it has been especially striking for breast cancer. When I began, there was exactly one drug, Adria, that was used. When it stopped working, physicians had nothing else to offer. There is now a long list of possibilities with more being discovered every year. Many very helpful drugs have been developed to treat specific kinds of breast cancer. For example, Herceptin and related drugs for HER2-positive cancers and some targeted therapies that are especially useful for triple-negative disease.

There have been similar leaps forward with other kinds of cancer, and, as you know, many drugs are used for multiple diseases. That last sentence is an important fact to remember. It is true that more money and attention is being spent in research labs on breast cancer than on some other less common types. However, many drugs that were first used to treat breast cancer (e.g., Taxol) turned out to be helpful for others kinds of cancer, too. Since there is sometimes frustration or even resentment expressed by the differences in funding for various cancers, I remind people of this fact regularly.

Almost 155,000 women in the United States are living with metastatic breast cancer. The bad news is that this is more than there were 20 years ago. The good news (and this is part of the explanation for the bad news) is that they are living much longer. When a particular treatment or drug stops being helpful (and this is, unfortunately, what always happens as the cancer cells figure out how to be resistant), there are many others to try. Women do have to be on one or another kind of treatment for the rest of their lives, but a great deal of attention is paid to quality of life (QOL), and many of these treatments are less toxic and difficult than anticipated. One woman, with whom I am now working, was very ill from breast cancer last winter. Her doctor spoke with her about the limited remaining treatment options, and the worries about her strength to tolerate more chemotherapy. She had a marvelous response to a new chosen treatment, and recovered enough to take a three week European trip with her family in July. She is again facing a treatment change, as her markers have risen, but she is much more optimistic about the likely gain.

I have been fortunate to know a lot of women living this new experience. There are no good road maps or guidelines for how to live and how to be. On the one hand, these women are not healthy and well but, on the other, they are certainly not dying. Learning how to navigate this shadow world is challenging. For years, I facilitated a weekly support group for women in this situation, and they learned more from each other than from any of their doctors -- and I learned from them. Learn more about cancer support services and groups at BIDMC.

I think of Peggy who was diagnosed with Stage IV breast cancer at the very beginning. Her doctor advised her to stop working and concentrate on her family; basically, to get her affairs in order. That was almost 20 years ago. She has continued on weekly Taxol, with some treatment breaks, all these years and has never had any cancer progression. I think of Mary whose breast cancer recurred in her lungs five or six years after her initial treatment. She had surgery and then began to take Arimidex. She continues, more than 10 years later, to work full time and take that daily pill that is working so well. Other women have needed to change treatments and have moved from hormonal therapy to infusions to clinical trials, and then maybe back to another hormonal therapy. In this way, they have strung together years and years of life.