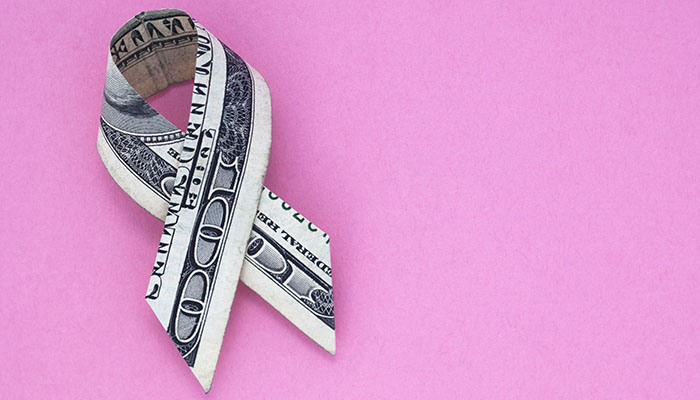 Surgery is always an important part of treatment for early or non-metastatic breast cancer, and most women consider several options. Most of the time, a lumpectomy/wide excision plus radiation therapy bring the same benefit as mastectomy. Sometimes a mastectomy, or bilateral mastectomy, is the medical recommendation due to specifics of the tumor or a woman’s positive status for the BRCA gene. Women are usually focused on survival and making a decision that will most support their wish for a long and healthy life.

Surgeons are accustomed to discussing the risks and benefits of these choices with their patients and hopefully include some conversation about psychosocial considerations. While every surgeon will describe the procedures and recovery, not all will also address the emotional impact of breast surgery, especially of a mastectomy. Women may be left on their own to consider their self-image, sexuality, and intimate relationships as well as their fear of cancer. I have often written about the importance of carefully processing feelings in making surgical choices, and it is often helpful to talk with an oncology social worker about your thoughts. At BIDMC, we have an excellent group of oncology social workers who can talk with you about this or other cancer concerns or, if you prefer, can refer you to an experienced therapist in your community.

We know that the cost of cancer care is high, and that few people have insurance that covers all the bills. There are deductibles and co-pays and uncovered expenses as well as parallel costs like more household help, transportation to medical appointments, and possibly a reduced income stream. I have been aware that the high cost of some, especially some new, drugs may influence treatment choices or compliance with recommended regimens. For example, a patient may opt for a drug that is affordable and older rather than a new therapy that comes with a $600 co-pay. Some people take a prescribed medication every other day or cut pills in half to save money, and they may or may not share this information with their doctors.

Still, I was shocked to read a new study that suggests that cost may influence the type of surgery that a significant number of women choose, even those women who are well-educated, well-informed, and have health insurance. When I first began to work in Cancer World, there were some medical insurances that refused to pay for a lumpectomy and daily radiation because that treatment was more expensive than a mastectomy. Fortunately, that practice disappeared decades ago, and this was the first time I have subsequently been aware of cost pressures around breast surgery.

Six hundred women, recruited from the Army of Women, a national breast cancer advocacy group, and North Carolina's Sisters Network, a group for African-American breast cancer survivors, reported that 43% of them considered costs when making treatment decisions, and that almost a third considered cost when choosing surgery. More than three quarters of the women said that they never discussed cost with their cancer caregivers, and 68% said they had been unprepared for the financial burden of cancer. Women who opted for bilateral mastectomies reported greater financial hardship, presumably related both to the cost of surgery and more time away from work. Over the years, I have known women whose insurance would not cover the full cost of reconstruction. I have known others whose insurance did not pay for a breast prosthesis (or, although this is a different topic, a wig during chemo) or the special bras needed post mastectomy.

The qualitative difference here is the report that women are consciously considering cost when making very difficult surgical decisions during a time of personal crisis. It is equally striking that most women did not discuss expense with their doctors. It is just plain wrong that worrying about money needs to play such a big part of being treated for cancer. This is never intended to be a blog about politics, but I suspect we all agree that we need some major shifts in our national health care policies to insure that everyone has access to the right care at the right time.

Did you consider expense when making surgical or other treatment choices during breast cancer? Share your story