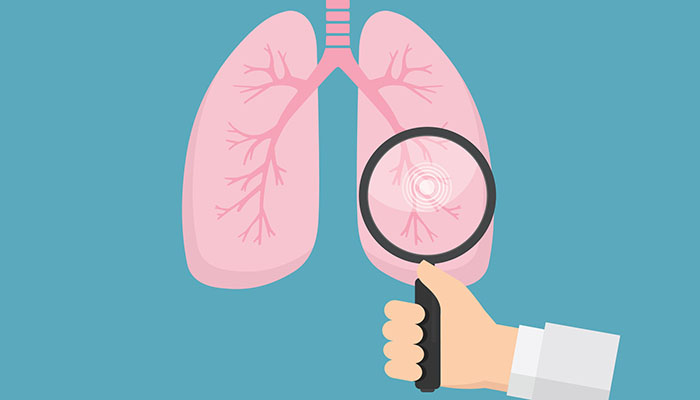 You may be aware that lung cancer is the most common cancer, with the exception of non-melanoma skin cancers, worldwide. You may also know that it is also the deadliest cancer in the US and around the world. Every year more Americans die from lung cancer, approximately 143,000 people, than the next three cancers combined (breast, prostate, and colon). This is harrowing information, and especially discouraging when we consider that the five-year survival rate, about 18%, has not changed much in decades.

This continuing poor prognosis is in startling contrast to improvements in survival in some other cancers. For example, deaths from breast cancer have steadily fallen since 1989, and some cancers, like testicular and Hodgkins Disease, that used to be killers are now often curable.

It is worth noting that many lung cancers are not related to tobacco use or to asbestos exposure. Lung cancer patients, especially if they have been smokers, often have to contend with guilt and assumptions from others that they are responsible for the illness. It is also worth noting that some smokers never develop lung cancer, although there is no question that smoking is the major cause of the illness. I once had a delightful patient who had never smoked, but who was diagnosed with Stage IV lung cancer. She was very angry and hurt by all the people who questioned her about her smoking history and seemed to be both blaming her and trying to feel safe themselves if they were non-smokers. After a while, she developed the perfect response. When someone asked her if she smoked, she would say: Only after sex.

Treatments for lung cancer have improved, and understanding the molecular differences among lung cancer cells has resulted in a number of targeted therapies that are very helpful for some people. Surgery for lung cancer has also gotten more sophisticated, but the reality remains that far too many people die from this disease.

The best hope of improving survival, as has been proven in other cancers, is early detection. Mammograms and colonoscopies and regular dermatology skin checks have been game changers in identifying early, usually curable, cancers. Lung cancers, however, have no symptoms until they are more advanced and often go undetected until it is too late for cure. Stage I lung cancers, although rarely found, have an almost 80% cure rate with surgery and/or radiation and/or chemotherapy.

Screening with these scans can find early stage cancers and reduce deaths by 20% in people between 55 and 75 who had been smokers. Since 2014, lung cancer screening has been covered by private insurances and, since 2015 by Medicare, thanks to the efforts of the US Preventative Services Task Force.

Given this strong benefit, why hasn't lung cancer screening become widely used? Why don't we all know about it the way we have learned about mammograms or colonoscopies? I don’t have an answer to this question, but I know that anyone who has been, or who still is, a smoker should discuss CT screening with his doctor. No one wants to hear that a lung cancer has been found, but it certainly is better to find it sooner while the chances for cure are strong.

Have been you screened for lung cancer? Share your story