Sexual side effects of cancer treatment and partners 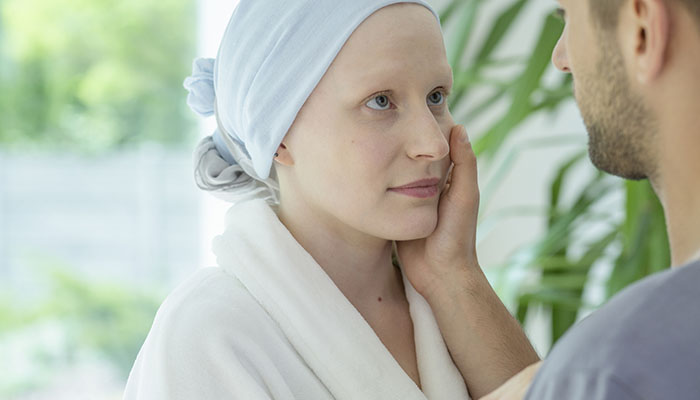 Many, if not most, women experience some negative impact on their sexuality and intimate relationship from breast cancer treatment. Today's focus is not on the reasons, but on an interesting study that suggests that women who have a committed partner have fewer issues than those who don't.

Let's go back for a moment to some background. Breast cancer surgery obviously involves breasts, body parts that are central to our sense of womanliness and sexuality. When I talk with a woman anticipating surgery, especially a mastectomy, I always ask how important are her breasts. This may sound silly, but there is a wide spectrum of answers. Some women say they have never been particularly identified as a woman by their breasts or that, having finished having and nursing babies, their function is over, or that breasts are not a major part of intimacy with a partner. Other women are devastated by the potential loss of a breast itself as well as sensation during sex. The second big hit to sexuality is the impact of chemotherapy and/or hormonal therapy. Both treatments can result in early and sudden menopause, and both often decrease libido and response. During the months of active treatment, most women are much less interested in sex and find it hard to feel themselves to be desirable and sexy when they are bald, exhausted, and maybe nauseous. Even after treatment and time for physical recovery, many women find it difficult to return to their earlier level of sexual enjoyment.

Many women experience vaginal dryness, diminished libido, and even pain with intercourse. There are aides for these problems, but they usually don't totally eliminate them. This new study, published in the journal Menopause, suggests that postmenopausal women who have partners experience fewer sexual side effects from breast cancer hormonal treatments than women who are single. Since the physical experience is probably not different, the explanation must be rooted in the relational and psychological connections with a loving partner. It makes perfect sense that a woman is more relaxed and less vulnerable with a known partner than with someone new. It is important that couples can talk about sexuality and any concerns, and, if communication is solid, it surely helps the physical experience. To be very concrete: If a woman, during sex, feels able to say Please touch my scars or Be gentle or Ow! That hurt, it is much more likely that she will want to be intimate again.

This small study involved only 112 postmenopausal women, all of whom were taking hormonal therapies, presumably one of the AIs. Almost 70% of the women said they were having sexual problems, and almost 40% said they were not at all or only a little satisfied with their intimate life. The most common issues reported were diminished libido, and vaginal dryness. Researchers were interested in women's perceptions of their overall quality of life, with sexuality being only one component. The conclusion was that partnered women, although they reported having more sexual issues, were more satisfied with their quality of life (QOL).

Where does this leave single women? We know that a specific type of online counseling, called internet based cognitive behavioral therapy, can improve sexual function and other symptoms in women who have been treated for breast cancer. Since the highest goal is the best possible QOL, and since sexuality is one component of that good life for many women, it may be helpful to explore this option. You can Google it or start by speaking with your GYN or medical oncologist.