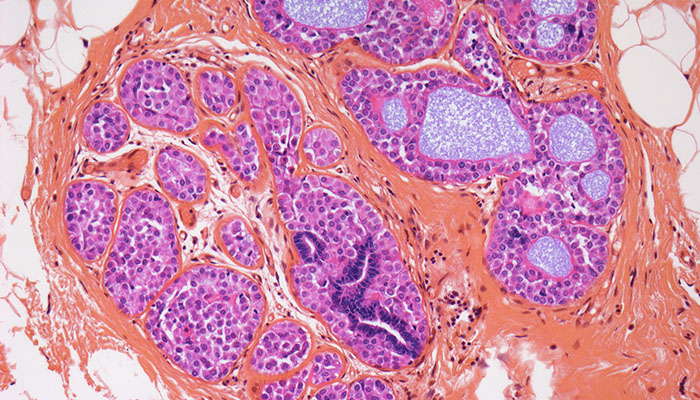 DCIS, ductal carcinoma in situ, can be a very confusing diagnosis. DCIS or its cousin, LCIS, lobular carcinoma in situ, is sometimes called Stage 0, and there are doctors who insist that it is not cancer. Invasive cancer, which is what we generally mean when we say cancer, by definition can spread. DCIS cannot move beyond the ducts where it is contained. The catch is that some DCIS progresses to become invasive cancer while some just sits there for the rest of the person's life. Unfortunately, there is no way to distinguish between the two, so treatment is recommended for DCIS to stop it before it can transform into invasive cancer and become dangerous.

Over the decades of my work in oncology, the standard treatment for DCIS has evolved and changed. Thirty or so years ago, women were almost always advised to have a mastectomy. I remember having many conversations where the woman said something like: "The doctor tells me that this isn't really cancer, but that I need a mastectomy. How come many women with breast cancer can be safely treated with a lumpectomy, and I need to lose my breast?" It turns out that this was a good and fair question, and gradually the standard of care for most DCIS became lumpectomy, usually followed by radiation therapy. The exception has been widespread or diffuse DCIS that can't all be surgically excised without basically taking the breast, too. Women in that situation have continued to be advised to have a mastectomy.

It has been my experience that women who are newly diagnosed with DCIS or LCIS are just as frightened as their peers who have been diagnosed with an invasive cancer. No matter how reassuring their doctors may be, it sounds like cancer and is very distressing. Usually, over time, their anxiety is diminished, and they worry much less about a possible recurrence than someone who was treated for an invasive breast cancer.

Some women are more worried about radiation therapy than about breast preservation. Whether they are concerned about radiation exposure or the logistical difficulties of getting to treatment every day for about six weeks, these concerns can influence their surgical decision. Decades ago, some insurance companies refused to pay for smaller surgery and radiation as it was more expensive than a mastectomy; fortunately, that is no longer the situation.

A recent Canadian study retrospectively looked at women with extensive DCIS who were treated either by mastectomy or by a wide excision/lumpectomy and radiation therapy. Although the recurrence risk (and this is a serious risk as some DCIS may recur as invasive cancer) was consistently higher for women who had the smaller surgery, there were women in that group who did well. The difference, over 10 years, was 8% recurrence for women who had lumpectomies vs. 2% for women who had mastectomies. The authors commented that patient preferences must be considered, and that there are women who will accept the higher risk in exchange for preserving their breast.

This seems to put one more decision for cancer patients into the gray areas that can be so difficult. There are never absolutes, and no one ever gets a promise. I talk with people about considering the choice that will help them sleep better tonight and five years from now. And I always add one more question to ponder: What would you consider to be the worst possible outcome of your situation? Different people have different answers to this query, but the important corollary is to make a decision that avoids the most difficult outcome. In that way, no matter what the future brings, you will be reassured that you , with the information that you had, did the best that you could.