What is Cancer and Who Really Visits Cancerland

This essay from The New York Times has stimulated a lot of thought and feeling for me. I am most curious about your reactions. The story here is that the writer had a suspicious mammogram, a biopsy, and was then catapulted full force into Cancerland. We have all been there and can completely resonate with those first hours and days of panic and grief and confusion and stress. I remember being literally brought to my knees by the diagnosis. And I remember not hearing a single thing that the doctor said after those first words. I have a clear, rather funny, memory of watching her mouth open and close in speech, and thinking something like: "This is so odd, rather like watching fish in a tank." Heard nothing.

Spoiler alert: it turns out that her final diagnosis was LCIS, lobular carcinoma in situ, sometimes (with its' close cousin, DCIS) called pre-cancer. If you are not a breast cancer person, you may not know about these two diagnoses that describe malignant cells that are still contained within the walls of breast lobes or ducts. They have not yet figured out how to break free and become real cancer with the ability to move around. One of the puzzles about how best to treat these situations is that we now know that many will never progress, will just happily stay where they are for the duration. The catch is that no one knows how to distinguish these safer situations from those that will, if left alone, become invasive cancers.

To complicate things: For the first 15 or so years that I worked here, those diagnoses were routinely treated with mastectomy, not with a smaller surgery and radiation. Eventually that changed, but that certainly made every woman feel as though she most certainly had a genuine cancer. The whole concept of watchful waiting, as is often suggested in prostate cancer, is now being discussed as a possibility for some DCIS and LCIS. Like men in similar situations, women may now have to choose whether they want treatment or whether they can live with ongoing surveillance and maybe never having to do more. Not an easy choice.

I think some of my mixed reactions to this well-written essay is that she wasn't really a citizen of CancerLand. Those of us who are bona fide passport-carrying Cancerland residents know the high cost of citizenship. Of course I am happy for her, but I don't really want to share our ticket with someone who hasn't earned it.

Here is the start and a link to read more:

My Brief Trip to Cancerland 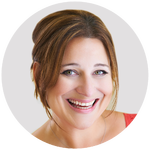 I knew, as soon as I heard the radiologist’s voice on the phone, that the news wasn’t good. “Is this an O.K. time to talk?” she asked. If everything was fine, she would have said that. Instead, she was saying, “I’m so sorry, but your biopsy came back positive for cancer.”

Still in my pajamas, I scribbled down notes. “Will probably need lumpectomy and radiology. Find surgeon. Call this number.” Of course, through the 10-minute conversation, the only word that really registered was “cancer.”

What happened was this: A few months ago, I went for a mammogram. The doctors saw spots they didn’t like. I wasn’t concerned. Once you hit your late 40s, it’s practically a rite of passage. You will see your mother’s face when you look in the mirror. You will require a young child to fix your phone or explain a meme. And you, or a friend, or a sister, will get a call about her mammogram. Over the years, I’ve driven friends to get ultrasounds, and taken them home after needle biopsies. Everything always turned out fine, which reflects the statistics: Most women who have an abnormality on their mammograms will be O.K.