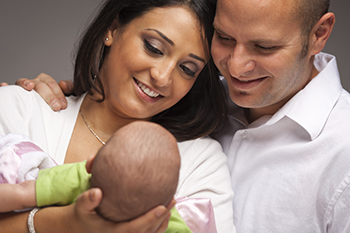 It’s likely that you’re already aware that measles has made a return. In 2000, the United States had eliminated the disease, but it's back and those affected are primarily those who have not been vaccinated. According to CDC statistics, there were 349 individual cases of measles reported covering 26 states and the District of Columbia. 2014 marked the largest number of cases since 2000 with 667 cases reported.

Over the course of the past decade at least, there’s been a lot of chatter questioning the safety of vaccines which has created considerable anxiety for parents and sometimes tension in parents’ relationships with pediatricians regarding refusals to vaccinate or altering recommended vaccination schedules.

The American Academy of Pediatrics has never wavered in their stance that vaccines are safe and recommended.

With the recent outbreak of measles however, some may be quick to anger, and blame parents who chose not to heed medical advice, and not vaccinate. Years ago, when we first began hearing of a potential link between vaccines and autism (for clarity, there has never been any proven link), I remember leading new moms groups and listening to moms struggle with what to believe. Parents (and non-parents) are not passive in their approach to health care nor should they be. It’s been a very long time since patients blindly did what the doctor said without question. Healthcare works best when patients are informed and actively involved in their care, working in collaboration with their medical providers. And so when the talk in media and on the web began about the safety of vaccines, parents paid attention, questioned, and did the best they could do to weigh their anxiety about what they were hearing in the culture and what they were hearing from their own pediatricians. I remember leading a new moms group, and feeling relieved that my children were already past the age of early vaccines, so that I didn’t have to worry about this. I know that at the end of the day, I would have vaccinated, but I would have struggled with the anxiety.

That said, measles is no joke and can cause serious health complications, including death. The CDC outlines that 1 out of 4 people in the U.S who get measles will be hospitalized, 1 out of 1,000 will develop brain swelling and possibly brain damage and 1-2 out of 1,000 people with measles will die.

It is highly contagious, spread through the air, and is so contagious that a child can become infected just by being in the room that an infected person left two hours ago. The best protection is the MMR vaccine, given in 2 doses, the first between the ages of 12-15 months and the second when the child is between the ages of 4-6 years.

Though I may disagree with those who chose not to vaccinate, I can empathize with what may have led to their choice. It’s pretty universal, except for some extreme exceptions, that when we become parents, we want the best for our children. We want to protect and keep them safe from harm. That is our job and our number one priority. It’s a very primal thing, and so when something seems to call into question that safety, we are vulnerable in a way that we have never been before. We may have been willing to take a risk with our own health, but not when it comes to our baby, and sadly for many parents they believed that they were taking a risk when it came to vaccinating. That’s where my empathy lies.